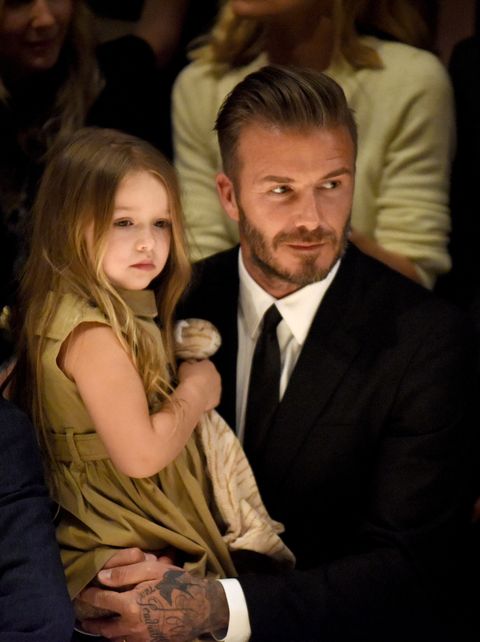 David Beckham has defended kissing his daughter Harper on the lips, after an image he shared on Instagram was described as "inappropriate."

Beckham posted the picture of himself and his 7-year-old last month while they were on a family holiday in Tanzania. The photo received mixed reactions after some social media users said it pushed parenting boundaries.

In a Facebook Live, he discussed the issue asserting that's he'd very affectionate with his children because that's how he was brought up.

"I got actually criticized for kissing my daughter on the lips the other day," he said, according to the Independent. "I kiss all my kids on the lips.

"Brooklyn, maybe not. Brooklyn's 18, he might find that a little bit strange. But I'm very affectionate with the kids. It's how I was brought up and Victoria, and it's how we are with our children.

Happy birthday to my Pretty Lady 💜 In 5 years baby Harper has brought so much love into our family ... Such a special girl in so many different ways we are so lucky to spend each day with such a beautiful soul ... We adore you baby girl happy birthday love Daddy ❤️ @victoriabeckham

"We want to show our kids love and we protect them, look after them, and support them, and we're very affectionate with them," he added.

Psychologists have differing views on the subject. Child psychologist Dr Fiona Martin described kissing children on the lips as "beautiful."

"Anything that promotes emotional connectivity is good," she said. "It's certainly not inappropriate to kiss your child."

However, Dr Charlotte Reznick, a child and educational psychologist at Californian university UCLA, said: "If you start kissing your kids on the lips, when do you stop? It gets very confusing."