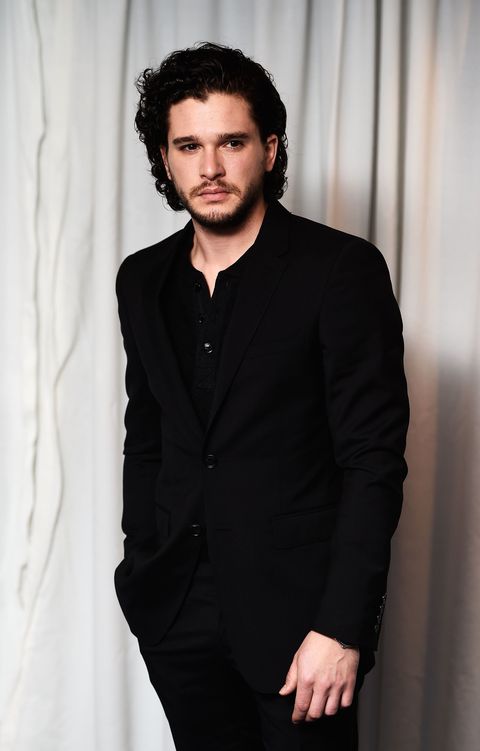 On Game of Thrones, Broody McBroodypants Christopher "Kit" Harington played a decent dude who ultimately got Julius Caesar-ed, but I like to think he was okay with Olly shanking him knowing he would soon get his sweet, beardy revenge. (In a different universe, but still—he's getting paid.)

According to the Hollywood Reporter, the world's best/worst dinner-party guest is replacing Robert Pattinson in Brimstone, in which he will "play an outlaw who has a crucial role in the tale of retribution." Tale of retribution—that basically means "the stabbee becomes the stabber and thus feels better about being kicked out of Westeros," correct?

Dakota Fanning, Guy Pearce, and GoT actress Carie van Houten also star, which seems counterproductive to Kit's healing process to me. Unless she uses her shadow-baby birthing powers to bring him back from the dead next season—then they'd probably be okay.

Chelsea Peng I'm Chelsea Peng, the assistant editor at MarieClaire.com.
This content is created and maintained by a third party, and imported onto this page to help users provide their email addresses. You may be able to find more information about this and similar content at piano.io
Advertisement - Continue Reading Below
More From Celebrity
Your Guide to the Current Royal Line of Succession
Watch Prince Harry's Interview with James Corden
Advertisement - Continue Reading Below
Meghan Has an Adorable Nickname for Harry
Harry Revealed Archie's Impressive First Word
Harry Said the Press Was Ruining His Mental Health
Here's Blue Modeling Icy Park Like a Pro
How Kate and Will Feel About the Sussex Oprah Chat
Selena Gomez Photographed Flipping Off Paparazzi
Serena Williams Stuns in a Glamorous Red Robe
Sophie Turner and Joe Jonas Took the Cutest Selfie