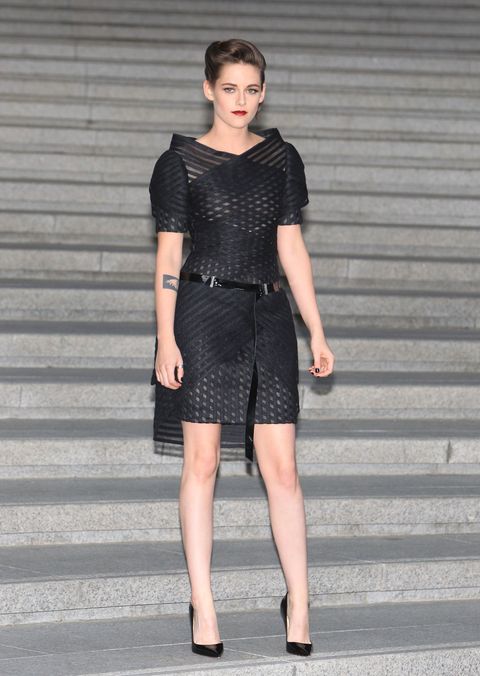 Being a celebrity who gets interviewed for a living means you're a bit of a punching bag for ignorant questions—see: Cara Delevingne and Michael B. Jordan, to name a few *painfully* recent examples of fame putting you at the sh*t end of the sensitivity stick.

In an amazingly on-the-nose new Funny or Die sketch, Kristen Stewart takes Jesse Eisenberg for a spin around the ol' sexist-questions block. It is fantastic.

"I think... I think they may have switched our cards," Jesse stutters while Kristen smiles knowingly.