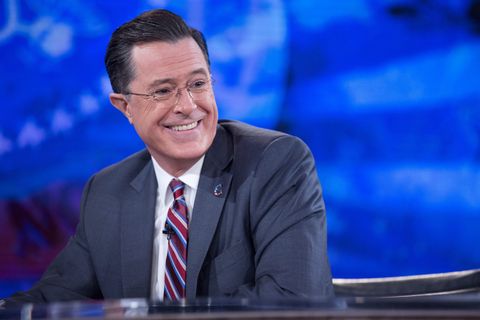 Ultimate host/dad/squad goal (sorry, Tay) Stephen Colbert recently spilled to Glamour everything that is true and honest and good—namely, that women should be in charge.

His hilarious but pointed essay talks about all that is wrong with society's idea of women, mostly that:

and 2) Women's accomplishments are often overlooked ("Did you know that the first computer, ENIAC, was programmed by six female mathematicians?" he writes.)

But Colbert is hoping to change a little bit of that by having his new show highlight and portray women in a positive light. "Point is, I'm here for you, and that means I'm going to do my best to create a Late Show that not only appeals to women but also celebrates their voices."

And while we wait for a big-time female late-night host to join the ranks, that's a message we can get behind.