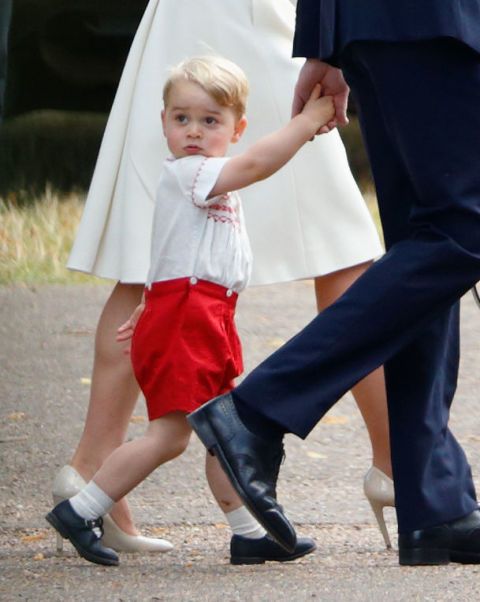 First, they did it to Princess Charlotte. Then, it was the Kimye baby. Now, it's Prince George. WILL NO CHILD BE SPARED?

According to Marie Claire UK, a bunch of scientists at the University of Bradford have applied their advanced degrees to developing software with an algorithm that determines what traits a kid might have inherited from both parents so they can then make composite images aging a cherubic royal toddler 58 years. The result? Liam Neeson—he'll look like Liam Neeson.

To be fair, the intended application of the software is to help locate missing children, but can he live?  It's already too much that he's getting taller and less squishy by the day. 😩