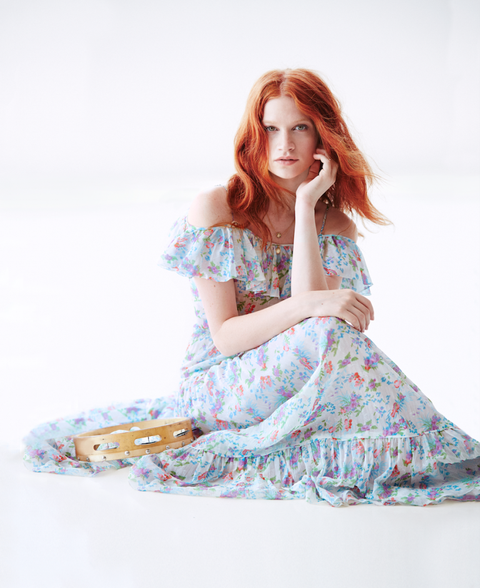 On Pointe: I've been with Semperoper Ballet in Dresden, Germany, for five years—I wanted to I wanted to escape the competitive dance world and go somewhere where I felt appreciated for my talents. Stateside, it was always kind of a struggle. And the competition? Not into it.

Spin It, Sister: My dad influenced my musical taste. I grew up listening to Bob Dylan and The Rolling Stones, and a bunch of rock music from the '60s. Now, instead of watching TV, I'll play a record from start to finish.

Band of Ballerinas: My friend (and fellow dancer) Caroline Beach and I began performing music around Germany, just for fun. We cover '90s chick music and we "folk up" songs that shouldn't be folked up, like Ace of Base. Ballet is so rigid—we take this as our freedom!

Screaming Fans: We play everywhere: parties, a bar in Dresden called Blue Note, people's backyards. Or we'll hang out in my apartment, grab a bottle of wine, get drunk, and sing on the balcony. People will walk by and shout, "Sei ruhig!" ("shut up" in German).