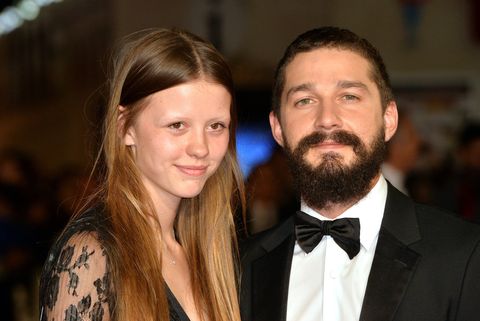 Congrats are in order for Shia LaBeouf and fiancée Mia Goth—according to Us Weekly, the two are engaged.

The couple was seen grocery shopping earlier this month with Goth showing off a sparkly ring on a particular finger. According to sources, LaBeouf told the cashier that they were set to get married.

LaBeouf, 29, and Goth, 22, met on the set of Nymphomaniac: Vol. II in 2012. Since then, the two have been dating with the exception of one particular breakup that left LaBeouf with an injured hand and Goth with a black eye.

Here's to love and hoping that they've 1) learned to communicate with words and 2) this isn't another one of LaBeouf's art projects.