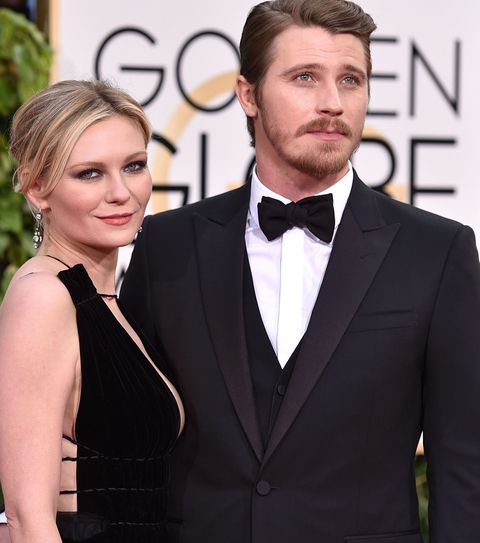 Clearly, 2015 was inarguably the year of celebrity breakups (don't want to talk about it, still too fresh), but now it looks like 2016 wants in on that action because Kirsten Dunst and Garrett Hedlund have reportedly parted ways.

Dunst and Hedlund made their first official appearance together back in January 2012 (AKA a simpler time), and started dating after co-starring in On the Road. "I took her out on a 3 a.m. canoe ride," Hedlund said of their first date. "It was not a stable canoe. We fell out and had to swim back in mucky, shitty water, like golf-pond water."

Sigh, just like The Notebook, only not at all.

Weirdly, Dunst just opened up about their relationship in the May issue of InStyle UK, saying "I see reflected in him what I see in myself–a sensitivity and someone who's family-oriented. Look, all I can say is it's my longest relationship, so it's working, right?!"

This is the part where you tear up at your desk.

Mehera Bonner Contributor Mehera Bonner is a news writer who focuses on celebrities and royals—follow her on Instagram.
Advertisement - Continue Reading Below
More From Celebrity
Dolly Parton, Icon, Started a Viral Meme
Meghan & Harry's Trademark's Been Blocked for Now
Advertisement - Continue Reading Below
Khloe Kardashian's House Has a Room for Extensions
Katie Holmes Stuns in a White Oversize Coat
Taylor Swift Opens Up About Past Eating Disorder
Courteney Cox's 'Friends' Photo Has a Sweet Secret
Celebrities With Kids You Didn't Know About
People Think Prince Charles Ignored Mike Pence
Brad Responded to Those Photos With Jen
Meghan Markle Would Love to Be the Breadwinner