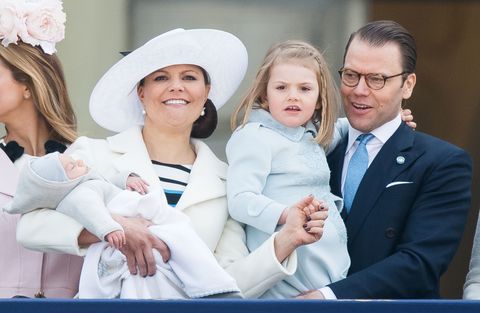 Even if your heart is typically unmoved by babies, we can perhaps agree that there are few things cuter than an infant who has passed so TF out that his limbs are floppy and his mom/dad has to carry him around flopping all over the place. Only two factors can augment the cuteness of this situation, and they are 1) if the baby in question is Swedish royalty and 2) if the occasion were his first public appearance.

As his parents Prince Daniel and Princess Victoria greeted subjects at the Palace Chapel in Stockholm, two-month-old Prince Oscar snoozed like North West at her baptism in Jerusalem—or Kanye at any number of places.

Let it be known he stayed asleep even when Princess Victoria cheered and his big sister Estelle was like "Ugh, you're so embarrassing." Now *that's* real commitment.