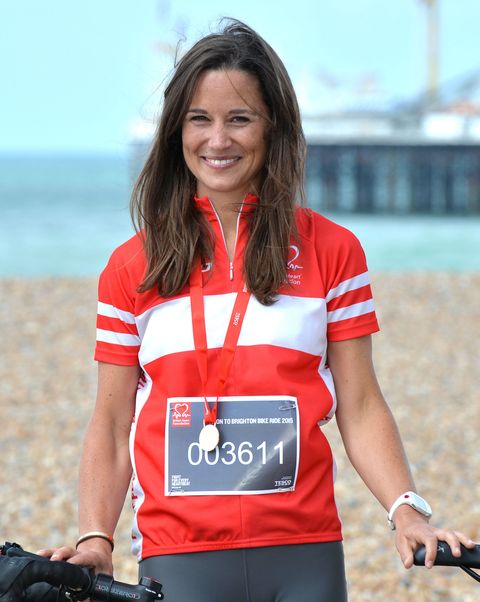 To paraphrase Savage Garden's seminal hit, "Truly Madly Deeply," Pippa Middleton wants to stand with you on a mountain. The famous sister of Kate Middleton just climbed the Matterhorn (#casual), and did so in honor of her fiancé's late brother Michael Matthews—who died while climbing Mount Everest in 1999.

Pippa took on the Matterhorn with her brother, James, but her fiancé (also named James, FYI) didn't join the duo. "It would have been good if James Matthews had been here to share the experience, something I know he would have loved to have done," Pippa said. "Mountain climbing, though, has disturbing memories and understandably James kept his feet firmly on the ground, whilst giving us his complete support."

Pippa also explained that while neither she nor her brother met Michael Matthews, they "made this climb knowing he would have been there nudging us on."

The climb raised money for the Michael Matthews Foundation, which helps provide education to children in remote parts of the world. In conclusion, Pippa is a) a great person, and b) a total badass.