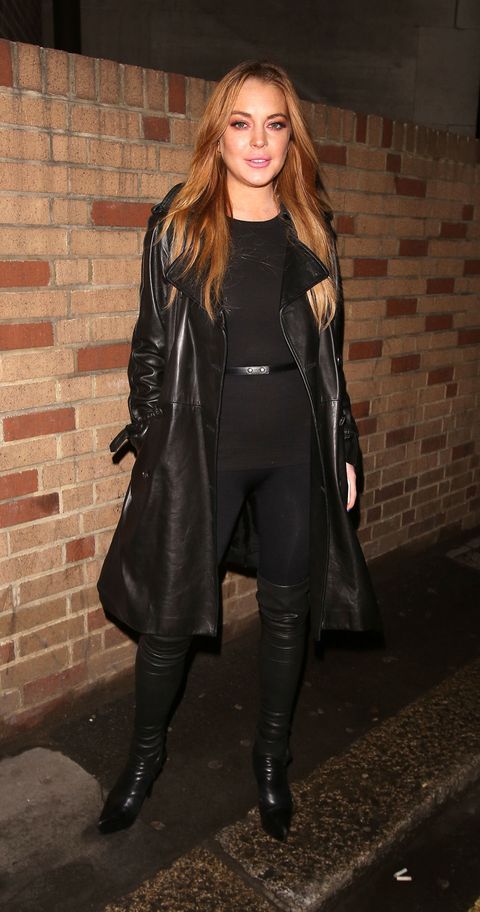 Have you eaten breakfast yet? Okay, good—maybe just stick to coffee for now, because you're about to see Lindsay Lohan's hand with an almost-severed finger. It's bandaged. But still.

In a Snapchat photo uploaded early Sunday, the actress and amateur sailor revealed that a boating accident had nearly left her without part of a digit. "I almost lost my finger from the anchor," she wrote in the caption. "Well, I lost half my finger, thank goodness we found the piece of my finger...i just had surgery to fix it...it hurts so bad."

Chelsea Peng I'm Chelsea Peng, the assistant editor at MarieClaire.com.
Advertisement - Continue Reading Below
More From Celebrity
Sel on Healing After Justin Emotionally Abused Her
Bey & Jay Were the Cutest at the Roc Nation Brunch
Advertisement - Continue Reading Below
Prince William Just Got a New Royal Title
Chrissy Solved a Mystery With a Dolly Parton Post
Harry Felt Constrained by Royal Duties Growing Up
Er, Meghan and Kate Haven't Spoken Since Megxit
Why Harry and Meghan Should Keep Their Protections
Taylor Swift Explains Why She Loves Joe Alwyn
Real Humans Justin & Jessica Are Going to Therapy
Why the Queen Canceled One of Her Annual Events