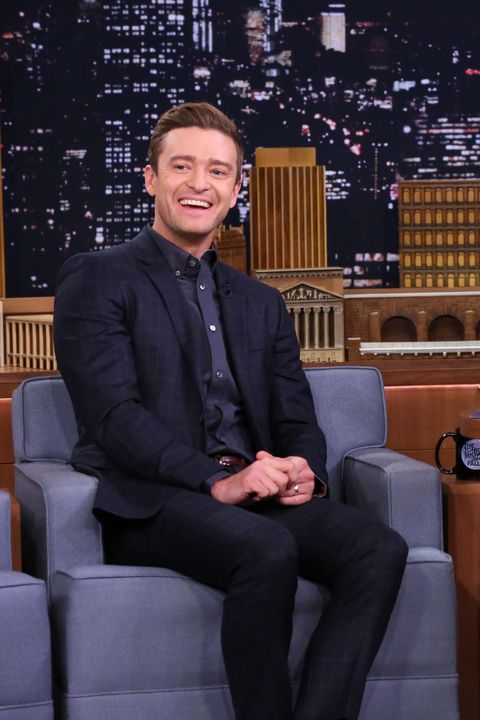 A historic 200 million Americans are registered to vote this year, but probably not all of them know that it is against the law to take photos while you're in the booth, even if you're Justin Timberlake and have just presumably done your part to uphold one of the basic principles of democracy.

"Get out and vote," he said during an appearance on Jimmy Fallon. "Don't take a picture of yourself. I had no idea. I was like 'This is going to be great and inspire people to vote.'"

Although the above Instagram has since been deleted and the Shelby County, Tennessee District Attorney's office has said it isn't investigating Timberlake, it *is* illegal to take a photograph in a voting booth in 18 states in the U.S., including Tennessee. #themoreyouknow

Chelsea Peng I'm Chelsea Peng, the assistant editor at MarieClaire.com.
This content is created and maintained by a third party, and imported onto this page to help users provide their email addresses. You may be able to find more information about this and similar content at piano.io
Advertisement - Continue Reading Below
More From Celebrity
Bennifer Recreated Their 2002 PDA Moment
The Royals Are Worried About Prince Harry's Memoir
Advertisement - Continue Reading Below
Gabrielle Union Debuted a New, Short Haircut
J.Lo Made Out With Ben on IG for Her 52nd Birthday
Harry Is Putting the Queen in a Difficult Position
Are Will & Kate Sending a Message to Harry & Meg?
Harry and Meghan Reportedly Have a Four-Book Deal
Naomi Osaka Lit the Olympic Cauldron in Tokyo
John Legend Performed "Imagine" for the Olympics
Simone Biles Is Honored With Her Own GOAT Emoji