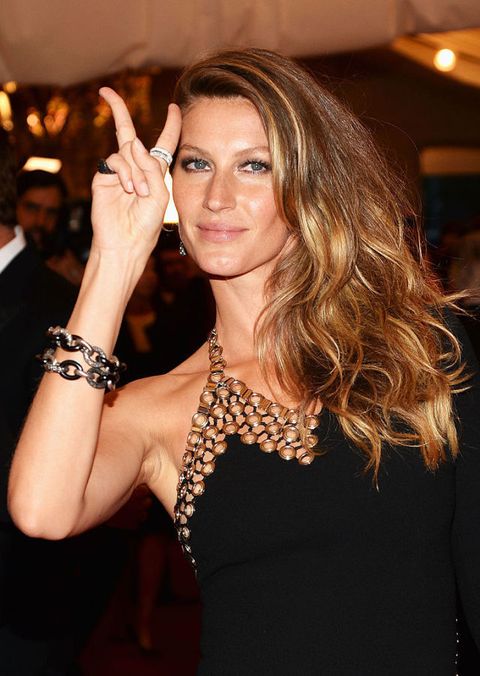 These days, she is more known for her aversion to nightshades and sashaying down a much-longer-than-necessary Olympic runway, but even now, there are still some mysteries left surrounding Gisele "GOAT" Bündchen. Here, in honor of her birthday, seven things you didn't know about the world's highest-paid model.

Us, every time we see a photo of her, even though, duh, we know it's Gisele: "Who is she?" Gisele, every time she sees her reflection: "Lemme look for a zit to pop." Really. In a 2004 interview with Time, she's quoted as saying, "I love squeezing them. I have these big mirrors in my house so even if I don't have one, I look for one to squeeze." She's probably never ruptured one or had a failed extraction scab over and look more terrible than before, though. Because she is Gisele.

Her Scouting Story Is the Stuff of Legend

You might've heard bits and pieces before, but the full monty is a doozy. It goes like this (all laid out in a Vanity Fair profile): 13-year-old Gisele leaves her small town to go on a school trip to São Paulo for the first time, and while she's eating her first McDonald's (reportedly a Big Mac), a modeling agent picks her out of 55 uniformed girls. "I had never seen fashion magazines," she said. "And I told my mom I didn't want to be a model, and my mom wasn't sure, either." 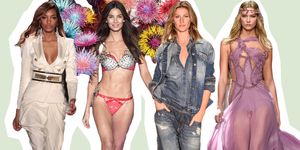 The Most Incredible Places Top Models Got Scouted

She Never Thought She'd Make It as a Model

But despite her parents' skepticism, she gave it a go, only to land catalog jobs—at first. This gives us one of the best quotes about prominent schnozes ever, courtesy of her father: "Gisele, ignore them. People with big noses have big personalities. Little noses mean little personalities.' And that was it. I didn't mind it anymore. I said, 'I am not going to listen to people who make me feel bad.'"

We Still Don't Know Much About Her Wedding, but There Were Literal Shots Fired There

A few details about the dress and the Dolce & Gabbana collars her three dogs wore have emerged, but the rest is still shrouded in an iCloud of intrigue and NDAs, even after 10 YEARS. However, the New York Post reported that two of the couple's bodyguards were sentenced to five years for shooting at two photographers covering the event. Awkward. 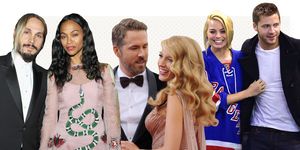 Investigating the Most Mysterious Celeb Weddings

She Has a Twin Sister

It Took a While to Come Around to Tom Brady

They weren't always partners in avoiding tomatoes—when she was first show a photo of Tom Brady, she responded, "He's cute, but if he has a girlfriend, he's gay to me. There are too many men in the world to go after a man who has a woman. Life is too short." (YES, RESPECT GIRL CODE.) But then, when they were both single, she got taken in by his smile, she said in a different Vanity Fair story. Okay.

Mariah Carey Taught Her How to Speak English

She speaks fluent English, Italian, Portuguese, and Spanish, and some German and French. But when she first came to the U.S., she relied on songs by Boyz II Men and Mariah Carey to help her learn the language, she said in a 2014 interview with Jimmy Fallon.