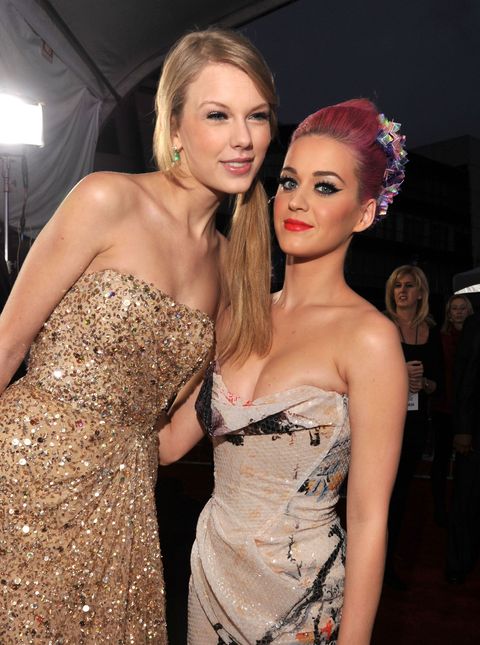 As you may or may not be aware (hah, kidding, you are definitely aware), Katy Perry and Taylor Swift are embroiled in a feud. And while Katy has spent her publicity tour trying to patch things up, there's no denying that her teaser for the "Swish Swish" video is full of Taylor shade.

First of all, "Swish Swish" itself is rumored to be a response to Taylor Swift's "Bad Blood," which is in turn rumored to be about her feud with Katy Perry. But let's set lyrics aside for a moment and focus on the visual references.

First, there's Katy's tweet—in which she writes "COUNTDOWN TO CATASTROPHE."

And what was Taylor's name in the "Bad Blood" video? Yup, Catastrophe.

I don't know bout you but I don't believe in coincidence 😛 @katyperry @NICKIMINAJ @taylorswift13 #SwishSwish pic.twitter.com/ajv1pHf8R7

The video itself seems to be structured just like "Bad Blood"—with several celebrity cameos and nicknames. But even more obvious? The fact that "Swish Swish" focuses on a basketball rivalry between the Tigers and the Sheep. Lest you forget, Katy has the "eye of the tiger" and Taylor is—according to her nemesis—a Regina George in sheep's clothing.

Watch the teaser below, and expect the video to drop soon. Much like Taylor Swift's new music, come to think of it, which #awkward.