Remember when Search Party came out and you were like, "Holy crap, TBS just entered a whole new realm of TV with this amazingness, let me cancel all my plans and watch immediately"? We do too. And finally, after what seems like forever, the cult series is returning for its second season—which will follow Dory and her band of Brooklyn-dwelling millennial friends as they face the repercussions of that murder they casually committed at the end of season one.

"This season the tone of Search Party is fundamentally different because our characters are now living in a world where there are real consequences," executive producer Lilly Burns tells MarieClaire.com. "What might be unexpected is that somehow, in the wake of a murder, the show is actually funnier. Characters who were ill-equipped to solve a mystery are drastically less equipped to deal with a murder cover-up, and watching them flounder is deeply funny." 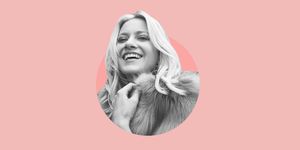 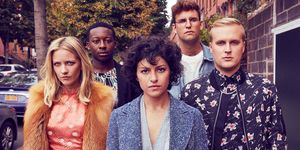 Why \'Search Party\' Will Be Your New Favorite Show

Watch an exclusive first look at the season-two trailer above, and catch Search Party when it returns to TBS on November 19 at 10 and 10:30 p.m EST. (Two episodes air per week because we are truly blessed.)