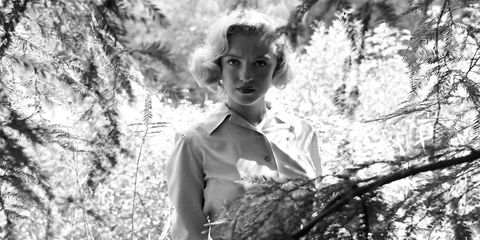 Selena Gomez's iPhone found a real, live phantom on TV, suggesting that we might coexist with *spirits* (and not just the tequila kind I keep under my desk for…cleaning paper cuts). Even better, those ghosts could have been famous in life, like these 10 phantoms who reportedly never left their old haunts. You thinking what I'm thinking? FIELD TRIP.

The Brentwood, California house Mommie Dearest bought apparently came pre-haunted, according to her daughter Christina, and when Crawford herself died—snapping "Don't you dare ask God to help me!" at a woman praying at her bedside (rude)—she joined the other malevolent spirits in starting fires and driving successive tenants to alcoholism and divorce (*really* rude). No more supernatural phenomena have been reported since an exorcism in the early '90s—that we know of.

The original blonde bombshell is said to still inhabit the Beverly Crest, California home where she allegedly suffered abuse at the hands of her husband, an MGM exec who later shot himself in their bedroom. One family who lived there in the '70s reported hearing heartbreaking sobs, smelling perfume, and hearing a woman whisper "Please help me."

Getty
3 of 10
Bonnie and Clyde

Like Bey and Jay but murderous and dead, Bonnie and Clyde are on the run again/reliving their glory days/tracking down their old stuff all over the U.S. Visitors to the site where the pair was gunned down in Louisiana have seen orbs in photos, as have those viewing their bullet-ridden Ford V8 on display in Nevada. Bonnie supposedly haunts the lobby of the Baker Hotel in Texas, so you know Clyde can't be far behind.

If you want to run into Marilyn, pick one or more of the following: 1) make friends with the people who bought her gorgeous Brentwood home; 2) hang out at the Cabana Room Suite #246 in the Hollywood Roosevelt Hotel or the mirror in the lobby in which a guest once saw Marilyn's ghostly reflection; 3) hold a séance at her crypt at Pierce Brothers Westwood Village Memorial Park. Don't forget your Chanel No. 5.

Apparently, the food in the afterlife isn't so great, because Welles, a notorious bon vivant, has been spotted enjoying a snifter of brandy at Sweet Lady Jane bakery on Melrose Avenue. (It's the site of a restaurant he used to frequent.) Note to self: Pack falafel. And tahini.

To misquote Ke$ha, "The party don't start until I gather all my undead friends and wake the neighbors up with the shouting and the loud music." This is precisely what Lucille and Co. are said to do at her former Beverly Hills residence—when she's not back on set at the Hart building at the Paramount Studios.

In 2011, The Sun reported that Pete Doherty had fled to Paris after Amy Winehouse's ghost showed up at his London flat "three or four" times, perhaps to warn him of the dangers of hard living. The spookiest bit is that Doherty was supposedly clean during these visits.

Most of us would have guessed the zampogna or a triangle made out of shivs, but it's banjo music that sometimes plays from his old jail cell at Alcatraz.

The Seminole Hard Rock Hotel & Casino reportedly renovated the suite in which ANS was found and renumbered the rooms to foil nosy/interested-in-the-paranormal customers. That could be why her ghost wanders the hallways now, trying to return to the scene of her death. *shudder*

Of course Abe's got the best story: While Winston Churchill was staying in the Lincoln Bedroom, he got out of the bathtub one night only to find the long-dead Commander in Chief staring at him. Churchill remarked, "Good evening, Mr. President. You seem to have me at a disadvantage." Abe smirked and vanished, and all of us were like, "LOL. Slaaaay, Abe." Or maybe that's just me.

Next
Where Are They Now: America's Next Top Model Contestants 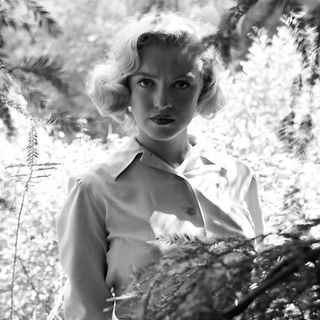