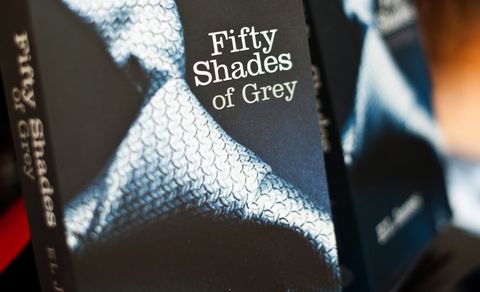 E.L. James is celebrating Anastasia Steele's 27th birthday by giving us all a gift — an excerpt from her upcoming book!

Although "Fifty Shades" was originally supposed to be a trilogy, James released a fourth book from the troubled lothario Christian Grey's POV in 2015 and on Saturday, she took to her official Facebook to release an excerpt from yet another new book, tentatively titled "Fifty Shades Darker from Christian's Point of View." She is hoping the book will be released sometime in 2017.

"Good morning, all. I know you're anxiously awaiting the trailer, and that's happening… soon. In the meantime, in honour of Ana's birthday, there's this," she captioned the post, and millions of people creamed their jeans (sorry!) in anticipation.

Read the whole announcement below:

Laura Beck Laura Beck is a Los Angeles-based TV writer and frequent contributor to Cosmopolitan.com — her work has appeared in the New York Times, New Yorker, Jezebel, and the Village Voice.
Advertisement - Continue Reading Below
More From Culture
HBO Is Making Iconic Shows & Movies Free to Watch
Tim Gunn & Heidi Klum Also Wear PJs to WFH
Advertisement - Continue Reading Below
'Parasite' Is (Finally!) Coming to Hulu
The Best Teen Movies of 2020
Family Movies Both Grown-Ups and Kids Will Love
The Best Wedding Movies of All Time
Read 'Anna K' Even If You Didn't Read the Original
19 Most Underrated Films of All Time
The Music Podcasts We Keep Pressing Play On
Why You Keep Seeing "Until Tomorrow" on Instagram