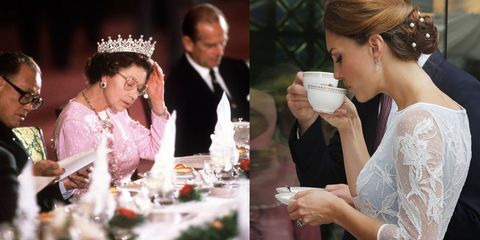 Royal women need to pose with their chin parallel to the ground.

Apparently, bare legs are very impolite and women in the royal family are expected to wear pantyhose to all formal events.

Charles McQuillanGetty Images
55 of 60
And carry a purse...even if it's empty.

The royals believe they look more relatable when they carry a purse, even though there's a team of people who are in charge of toting their stuff around for them.

56 of 60
The Queen isn't required to have a driver's license.

The Queen is the only person in the U.K. who may drive without a license or plates.