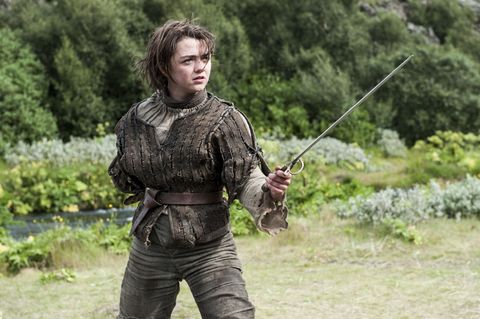 TV has officiallyoutpaced George R.R. Martin's writing, so now, a Game of Thrones trailer isn't just a random montage of insignificant scenes that don't give anything away anymore—it's a BFD.

In this new teaser, Westeros prepares for all-out war as Daenerys and Stannis Baratheon both make power plays involving fire-breathing dragons and bearded dudes who don't think twice about stabbing other bearded dudes in the throat. Jon Sneeoowww is alive enough to make an appearance, as are Cersei and Margaery and a finger dripping blood and ARYA.

As Lorde Varys mansplains to Tyrion, "the seven kingdoms need someone strong—a ruler loved by millions with a powerful army and the right family name." Watch the preview below, then start placing your bets on who that could be.

The New 'Game of Thrones' Season 5 Trailer Is Here!