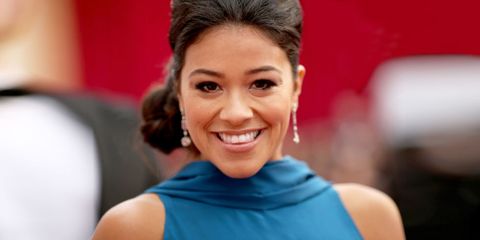 We'd be lying if we said there wasn't a chance that this year's Emmy nominations, announced this morning, weren't at risk for going seriously wrong. But the Emmys took a cue from last year's race- and gender-fueled Oscars controversy and honored a relatively diverse group of actors and shows.

The nominations were a pretty even mix of safe bets (Modern Family) and groundbreaking television (hi, Transparent!). Our biggest issue? The fact that—yet again—so many talented women didn't come close to getting the recognition they deserve.

Despite a few unforgivable snubs (we'll get to that in a minute), the Emmy Awards *are* clearly trying to up their game—the biggest win by far is Taraji P. Henson's nomination for her killer portrayal as Cookie Lyon in Empire. (Though, the internet would have probably broken if she hadn't been nominated, and not in a sexy Kim Kardashian way.) And with shoutouts to Transparent, Unbreakable Kimmy Schmidt, and Parks and Recreation, the Outstanding Comedy Series category is a true indication of how much the Emmys are trying to diversify.

Lena Dunham is visibly absent, which seems a glaring oversight considering her perpetual timeliness and talent. Her voice and interests have grown to reflect—as her character so notoriously forecasted—the pulse of an entire generation, making her omission a curious one.

And then there's the Lead Actress in Comedy category, which was another major fail. Jane the Virgin's Gina Rodriguez—a burgeoning critical darling—was bypassed in favor of usual suspects Edie Falco, Lisa Kudrow, and Julia Louis Dreyfus; and while it was exciting to see Amy Schumer get some recognition, Rodriguez absolutely deserved to be on that extremely homogenous list. And honestly, so did Mindy Kaling—another talented woman of color who's once again been passed over for her outstanding work on the Mindy Project, a show that's consistently more satisfyingly subversive and boundary-pushing than Modern Family.

The Lead Actress in a Drama nominations make up—somewhat—for how bland the comedy roundup is (Viola Davis and Tatiana Maslany are welcome newcomers), but what about Outlander's Caitriona Balfe? She delivers one of the most powerful feminist performances on TV, and approaches it with a subtlety and precision that's worthy of an award itself—let alone a nomination. (And, FYI, Starz isn't on the Emmys' unofficial blacklist like The CW is rumored to be, so there's really no reason for the snub.)

This year's Emmy noms do take a step forward, but is it so much to ask for a leap?