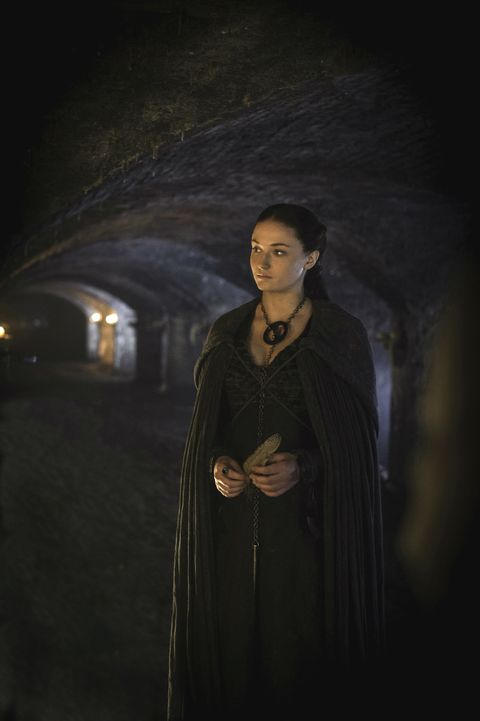 Last season of Game of Thrones wasn't exactly the best for Sansa Stark. She was married off to Ramsay Bolton, who makes sadists everywhere look like sweethearts, and may or may not have escaped with Theon, the man who pushed her family out of the North. But Sophie Turner, who plays Sansa on the HBO show, says things will look up for her character this season.

Turner opened up about Sansa's plotline to Entertainment Weekly during a SAG Awards after-party. "I mean this season is a really, really big one for Sansa," she said. "It's probably her best season yet. It's her really coming into her own. She, this season, really commands the respect that she deserves and she grabs hold of it and she runs with it and it's really good."

Sansa's storyline was the subject of some sharp criticism last year, after her character was horrifically raped in front of Theon. The plot detail wasn't in the books, and fans saw it as another example of the show using sexual violence gratuitiously to further a male character's plotline. Author George R.R. Martin has defended it, saying it's a sad reality of a warlike, Middle Ages-style society, but either way, the show says it's toning things down next season. Finally.