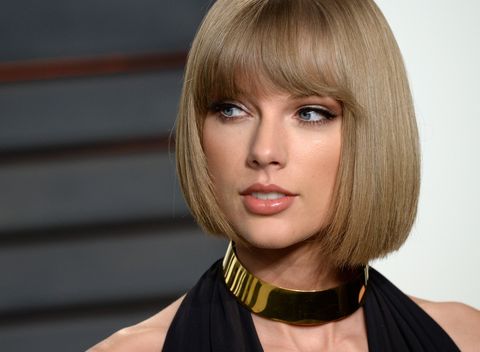 They found that Swift's catalogue of music had a larger audience than all but one network TV show, according to Variety. A whopping 18 million U.S. viewers watched Swift's videos the week "Bad Blood" came out—the only show that had more viewers was NCIS: Los Angeles.

And Swift wasn't the only one to clock in impressive numbers. When "Hotline Bling" came out, nearly 6 million people watched Drake's videos, according to the report, and Rihanna's videos also reached 6 million the week "Bitch Better Have My Money" came out. The other major factor is it's mostly the youths watching the videos—Rihanna's videos were twice as popular as CBS' Big Brother in the 18-49 demographic. (This is a big deal because Vevo wants to prove advertisers should pay big bucks for space on their videos, and advertisers love young viewers.)

The reason they looked at an artist's entire catalogue of work is because it levels the playing field against longer traditional shows, and because they found people were likely to delve into an musician's catalogue after discovering a song they liked.

That explains how you start the morning with "Bad Blood," and three hours later suddenly you're reliving your middle school crush with "Teardrops on My Guitar." Not that that happens a lot or anything...

Kate Storey Esquire Writer-at-Large Kate Storey is a Writer-at-Large for Esquire covering culture, politics, and style.
This content is created and maintained by a third party, and imported onto this page to help users provide their email addresses. You may be able to find more information about this and similar content at piano.io
Advertisement - Continue Reading Below
More From Culture
New Drama Movies That Promise to Move You
The Sexiest New Movies of the Year
Advertisement - Continue Reading Below
A Look Back at Princess Anne's Life in Photos
Where Is the Cast of 'Gilmore Girls' Now?
'The Bachelor' Is Back!
Who Is "Queen" Victoria on 'The Bachelor'?
Matt James' 'Bachelor' Cast: Everything We Know
Get to Know Serena Pitt From 'The Bachelor'
The Best Lesbian Movies Streaming on Netflix
Listen to the Best New Love Songs of 2021 (So Far)