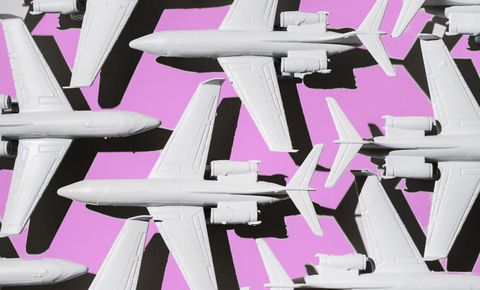 A few months ago, in a surprising reversal of stereotypes, Middle-Eastern airline Qatar Airways denied me, an American, from boarding. I was booked on a flight from Madrid to New Delhi, but the agent at the check-in counter said I could not board the plane to India because my passport was allegedly in poor condition. I admit, as a travel writer, that my passport was rough around the edges—but it took me to the Cayman Islands and Spain that same week without a hitch. It was intact and scanned perfectly. Even still, the agent said no.

Suddenly stranded, I tried not to panic as I headed to the sales desk to sort this all out. An older man eyed me up and down twice before saying he would email Indian immigration to find out whether I could cross the border. I was told to wait. Seven hours later, without food, taxi fare, or hotel vouchers (a common airline courtesy in situations like these), there was "no answer."

I asked him to help me get back to Los Angeles. He would not. I angrily suggested that he might be violating my passenger rights. He handed me a form to fill out and mail in. Frustrated and tired, I relented and booked the first flight to the States (to the tune of $2,000). Once I'd left, I realized that the form was just a customer service survey.

I am certainly not the only person who's felt victimized by an airline lately. Planes seem pretty hellish for everyone these days, but especially for minorities: YouTube star Adam Saleh claims he was kicked off a Delta flight for speaking Arabic (the airline said in a statement he was removed for "provocative behavior"); in February, singer/songwriter Jason Derulo blasted an airline on Instagram for an incident he said was racially provoked; last year Dr. Tamika Cross, an African-American passenger was questioned by flight attendants regarding her credentials when trying to assist a fellow passenger having a health crisis, then passed over for a white, male doctor (the airline has since changed its policy regarding medical identification).

And of course, there's the biggest recent incident to spark awareness and outrage—and kick-start United's PR Month From Hell: the viral video of an elderly Asian man being removed from his seat by force and then dragged off the plane for refusing to voluntarily de-board. (The incident is now immortalized as a New Yorkercover starring the only slightly less outrageous cast of Donald Trump, Jeff Sessions, and James Comey.) Had the passenger been white, would the scenario have played out differently? Whether or not the event was intentionally racially motivated doesn't seem to matter to the Asian community, who immediately took to the internet to protest with the hashtag #ChineseLivesMatter.

According to The Washington Post, discrimination complaints against airlines increased by 37 percent in 2016. So far, 2017 isn't looking much better. In many cases, discrimination like this is flat-out illegal, not to mention an abhorrent corporate practice.

On paper, Qatar Airways agrees. Their response to my official customer service complaint stated: "Qatar Airways condemns any form of discrimination that relates to any race, caste, religion, or gender." I noticed they didn't include anything about sexual preferences.

Most U.S.-based airlines mandate diversity training to their employees, and in January—perhaps in response to the increased complaints—the Department of Transportation released a Guidance for Airline Personnel on Non-Discrimination in Air Travel, which encourages all airlines to implement comprehensive anti-bias training. Clearly that hasn't solved the problem.

Is it just on us, then, to be much savvier customers and to choose our flights more carefully? JetBlue and Virgin America will be getting my business going forward, with just one incident of discrimination reported in the last 10 years for JetBlue and no reports at all that I could find for Virgin America.

And I'll be prepared if this happens again, to me or someone on my plane. The best course of action: Comply with airline personnel instructions, even if they seem outrageous, and then immediately file a complaint directly with the Department of Transportation. Contact the airline with a written letter to customer service requesting an investigation. You may want to reach out to an attorney to assist you with filing the complaint. 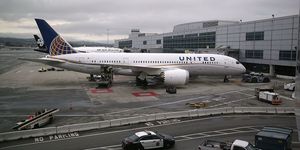 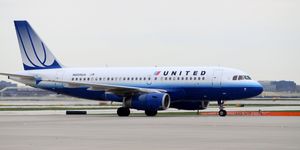 *Another* Scorpion Was Found on a United Flight

I won't tell you not to film the harasser (passenger or crew) in question, either. As recent incidents prove, nothing makes a company sweat—and then evolve—like customers holding them accountable. Since the backlash United received in April, the airline's crew can no longer displace seated passengers. Delta also offered passengers nearly $10,000 if they have to give their seats up on overbooked flights, and American Airlines updated its Conditions of Carriage to state that no passenger will have to involuntarily give up their seat once boarded.

Perhaps companies are finally realizing what they should have (sadly) already known: There's no place for discrimination in our world anymore—even in the sky.

This content is created and maintained by a third party, and imported onto this page to help users provide their email addresses. You may be able to find more information about this and similar content at piano.io
Advertisement - Continue Reading Below
More From Travel
You Can Rent These Tiny Homes on Airbnb for $1
Where to Stay, Eat & Explore in Sag Harbor
Advertisement - Continue Reading Below
The Instagram Guide to Coronado, California
6 Easy Escapes From NYC
Photos of the Royals on Vacation Through the Years
A Trip to Fiji Is Totally Worth the Long Flight
Barcelona Awaits You Once Quarantine Is Over
The Instagram Guide to Jupiter, Florida
Bored at Home? Take a Virtual Vacation
The World's Most Breathtakingly Beautiful Beaches