It may only be August, but it's time to start thinking about booking your flight home for the holidays already.

Whether you plan on traveling this Thanksgiving, Christmas, or New Year's Eve (or all three!), the experts at KAYAK, the fare aggregator and travel search site, crunched the numbers to determine the best dates to find deals for travel between November 18 and January 3. 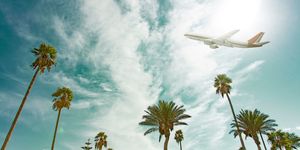 Travel Hack: The Best Time to Buy a Plane Ticket

Flying from East Coast? Now's the time to book your holiday flights. KAYAK says they start seeing a decrease in median airfare after July 31 typically.

Flying from the West Coast? June and July are historically the months when airfare for the holiday season is at its highest. For the best deals, you'll want to wait until after September 4 to book your flights, according to KAYAK.

Flying from the Southwest? If you're looking for flights from airports in the Southwest this holiday season, wait to book until after August 16. According to KAYAK, this is historically when they've seen median airfare start to decrease.

Flying to Europe? If it's always been a dream of yours to visit Europe's Christmas markets you still have plenty of time to find amazing deals for flights across the pond. While airfares start to decline from now until the end of September and mid-October, if you wait to book your flights until October 10, you're likely to find the best deals about six to eight weeks ahead of your travel dates, according to KAYAK. 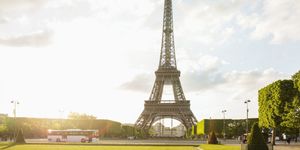 Get Ready for $99 Flights to Europe

But remember, if you see an airfare that fits your budget earlier than these dates, just go ahead and book it.

Methodology: KAYAK pulled internal data based on all coach, roundtrip flights from the U.S. with search dates between January 1 and November 17, 2016 for travel dates of November 18, 2016 to January 3, 2017.

Lyndsey Matthews Freelance Writer Lyndsey Matthews is the Destination News Editor for AFAR; previously she was a Lifestyle Editor across all of Hearst Digital Media's brands, and a digital editor at Martha Stewart Weddings and Travel + Leisure.
This content is created and maintained by a third party, and imported onto this page to help users provide their email addresses. You may be able to find more information about this and similar content at piano.io
Advertisement - Continue Reading Below
More From Travel
5 Wellness Vacations That Aren't Wellness Retreats
6 Fun Trips to Take With Your Best Friend
Created for From Marie Claire for Created by Marie Claire for
Chase Bank
Advertisement - Continue Reading Below
The Most Gorgeous and Useful Luggage Sets
Celebrity Vacation Spots The Year You Were Born
Add St. Lucia to Your Post-COVID Bucket List
What to Buy From Away's Second-Ever Sale
Explore the Luxe Private Island of Cayo Espanto
Andros Is the Most Underrated Spot in the Bahamas
The Most Covetable Weekender Bags Out There
Intl. Resorts That Offer On-Site COVID-19 Testing