For the last few months, I’ve had a stubborn patch of hormonal acne on my jaw—just this cute, one-inch garden of bumps, an angry reminder from the universe that I did not, in fact, escape the burdens of teenage acne like I thought I had, and that there isn’t enough concealer or shadowed corners in the world to hide the crime that’s happening on my face. There is, however, endless amounts of Googling.

And throughout my search for the cure, I kept seeing posts and stories and discussions about the miracles of Accutane, but not just regular ol’ Accutane—low-dose Accutane. And yes, I realize that’s like saying, “but not just any puma—a baby puma!” Because, like, it’s still a goddamn face-eating puma, and Accutane has been linked with suicidal thoughts, depression, inflammatory bowel disease, and a host of other side effects.

BUT, we also know that despite the negative press, Accutane really, truly works, creating miraculous before-and-afters and quite literally changing people’s lives. And if a lower dose of any drug usually reduces side effects, then that means there might be a way to reap the benefits of Accutane, the only known “cure” for acne, without any of the major scary pitfalls. And that, guys, is a big freaking deal.

The thing is, though, is that throughout my researching, I found more questions than answers about low-dosing, partly because, well, dermatologists aren’t exactly trolling Reddit, and partly because in the world of medicine, Accutane is still a somewhat new drug, with derms still finding new ways to experiment and test off-label regimens, like low-dosing. And although a few studies about the efficacy of low-dosing do exist, and are overall pretty positive, the whole concept is still relatively uncharted territory.

So I did what I’m sure every acne-sufferer or lowkey hypochondriac has always wished and dreamed of doing: I asked a bunch of doctors. Like, a LOT of doctors. I spent hours on the phone with them, grilling them about every single possible side effect of low-dose Accutane, how the dosing works, whether or not they’d recommend it, and whether or not it’s even effective, to create a definitive, all-encompassing guide, below. And if you’ve got acne, a few angelic choirs probably just sang in your head.

Sorry, but everything you know about life is a lie. “Accutane isn’t actually Accutane anymore,” says dermatologist Joshua Zeichner, MD, director of cosmetic and clinical research at Mount Sinai Hospital, explaining that Accutane—which is just a brand name for the generic drug isotretinoin—was pulled off the market in 2009, after 30 years, due to lawsuits linking the drug with an increased risk of inflammatory bowel disease, or IBD (although recent studies dispute this link).

“People still refer to isotretinoin as Accutane, but there are actually five different brands of isotretinoin that we can prescribe, with Absorica being the most popular and well-tolerated,” says Dr. Zeichner.

And it’s not as bad as you’ve been led to believe.

I’m not saying isotretinoin on par with Tic Tacs, because it really can cause serious side effects, especially if you’re pregnant (which is why you’re required, by law, to be on two forms of birth control throughout the entirety of your six-month prescription, to submit to monthly in-office pregnancy tests, and to sign an electronic document called iPledge swearing you won’t get pregnant), but the scary, media-covered side effects—like IBD and night vision changes—are actually very, very rare, with none of the seven dermatologists I spoke with having experienced them long-term with their patients.

“I’ll be honest—I know a lot of people who say they’re terrified and hesitant about taking Accutane, but I really believe this is more of an emotional response versus a rational response, based on all the science and evidence we have surrounding isotretinoin,” says Annie Chiu, MD, dermatologist at The Derm Institute. “At regular doses, it’s a lifetime cure in the majority of people who take it, which can be truly life-changing for anyone with persistent severe acne.”

You need to understand what the drug does to your body.

To understand low-dosing, you gotta understand how the drug works, first. “Isotretinoin is a form of vitamin A that’s usually taken daily for four to six months to reach a cumulative dosage in your system,” says dermatologist Mona Gohara, MD, associate clinical professor at Yale. “It essentially shuts down the party in your oil glands forever, so you won’t get acne again.” Yes, that means never ever again, even if you forget to wash your face for a week and ingest a wheel of cheese every day.

Related Stories
Can Cutting Dairy *Really* Give You Perfect Skin? 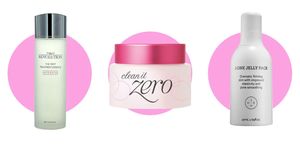 At regular dosages, you’re guaranteed—seriously, every derm promised me this—to experience extreme dryness of the eyes, lips, and skin as a side effect, though they rarely turn permanent. The rest of the side effects are a gamble, the most common of which you’ll hear about on Reddit and from every friend I’ve ever asked, include headaches, lower back pain, joint and muscle pain, and stomach issues.

A lower-dose, though, should ideally reduce the risk of all of these side effects, or, at the very least, make them way more tolerable, right? “Yes and no,” say literally all seven derms. “Theoretically, the side effects, like joint pain and sun sensitivity, are much less severe at lower doses,” says Tobechi Ebede, MD, clinical assistant professor in dermatology at Cornell, echoing the general sentiments of the group, “but it’s hard to definitively say, because everyone responds so differently to the drug.” And based on my very unscientific sleuthing across the interwebs, the majority of low-dose users do report pretty mild side effects, which is promising. But, you know, not at all scientific.

Still, most derms are hesitant about lowering doses.

The thing is, there’s a very specific dosage you need to hit in order for isotretinoin to be effective long-term—fall short of that, and there’s no clear answer as to how long you’ll stay free from acne before it comes back. “Studies have shown again and again that long-term acne clearance is seen after 150 to 250 milligrams accumulates in your body, which, on average, takes about six months to achieve,” says Dr. Ebede, who notes that a patient’s exact daily dosage depends on their weight and medical history, though the average is a 40-milligram pill once a day.

Low-dosing, however, is kind of going rogue, and despite my pestering of each of these dermatologists for concise answers, all I got was…murkiness. One derm has had patients take 10 or 20 milligrams just once per week with moderate success, while other derms are skeptical about even lowering the dose to 20 milligrams per day—i.e. half the average dose.

“The problem is that every dosage under the moon seems like it works at first when you look at a mix of patients,” says dermatologist Melissa Kanchanapoomi Levin, MD, clinical attending at NYU Langone and Mount Sinai Hospital. “But the issue isn’t getting someone initially clear, but keeping that acne from coming back, because we want patients on isotretinoin for as little time as possible.” Which is why all derms I spoke with prefer starting with a round of regular dosing, first, since it has widespread proven success.

Ask any doctor to give you cold, hard facts about something that has only recently been studied–and not that extensively—and you’ll get some lukewarm, soft answers in return. Which, you know, is fair. And frustrating.

“Low-dose isotretinoin definitely works, and the side effects might be more manageable and less intense while you’re on it, but then you’d be stuck taking isotretinoin every day for possibly a year in order to reach that cumulative dosage of at least 150 milligrams,” says Dr. Levin. “And generally, people don’t want to deal with daily pills, monthly blood tests and pregnancy tests, and prolonged side effects for that long.”

But what if you just have super-mild hormonal acne, and want to try low-dose for, say, three or six months? “You might be successful and have completely clear skin by the end of it, but there’s a 60- to 70-percent chance it’ll come back again in the near future,” says Dr. Gohara. “And would you rather spend multiple years of your life going on low-dose Accutane again and again, or get it all over with in six annoying, yet manageable, months?”

The bottom line: Isotretinoin is magical, regardless of how you take it.

The choice of your dosing is totally up to you (and your prescribing physician), and you could very well be the exception to the cumulative-dose rule, curing your acne after just a few months of small dosages. But it’s a gamble, and it may not pay off in the long run. Still, each dermatologist emphasized over and over again how much they love Accutane, and how nobody should be scared of taking it.

“I really believe in the vast, vast majority of patients, regular-dose Accutane is very tolerable for the five to six months,” says Dr. Levin. “If you were my own family member, I would try to talk you into just doing the regular dosing.” Says Dr. Ebede, “Patients suffer for years and years with acne and come to me completely broken down, and then after a round of Accutane, their lives completely change. It’s truly a phenomenal medication.”

"Isotretinoin changed the medical community—it’s the closest thing to an acne cure you can get, and it can truly alter a patient’s entire life," says Dr. Gohara. “When it comes down to it, keeping your face completely clear of acne should be a reality, not a dream, and isotretinoin gives us that reality.”

Chloe Metzger Deputy Beauty Director Chloe Metzger is the deputy beauty director at Cosmopolitan, obsessively writing about new makeup launches, the best hair products (curly girl here; whattup), and the skincare formulas that really work for every skin type (follow her on Instagram to see behind-the-scenes pics of that magazine life).
This content is created and maintained by a third party, and imported onto this page to help users provide their email addresses. You may be able to find more information about this and similar content at piano.io
Advertisement - Continue Reading Below
More From Skincare Products to Never Be Without
Tried-and-Tested Skincare Products That Work
Eye Creams That Work Wonders on Puffiness
Advertisement - Continue Reading Below
Editor-Approved: The Best No-Streak Self-Tanners
Moisturizers Your Dry Skin Will Soak Up
Under-Eye Concealers That Work Magic
The Beginner's Guide to Retinol
Easy Low-Waste Beauty Swaps to Make Right Now
Found: Our Favorite Tinted Moisturizers With SPF
Pore-Cleaning Devices for Playing Dermatologist
Our Favorite Bronzers for Dark Skin Tones