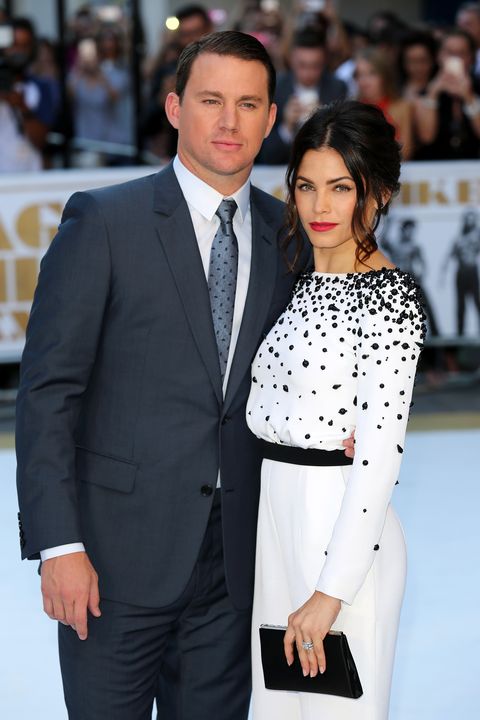 If you're the kind of person who measures the state of true love by celebrity romances, you might want to sit down because Jenna Dewan and Channing Tatum's separation just became permanent.

According to TMZ, Dewan filed for divorce from Tatum on Friday in Los Angeles. The actress reportedly cited irreconcilable differences as the reason for the dissolution of the marriage.

Court documents, according to TMZ, show that Dewan an Tatum are both asking for joint custody of their five-year-old daughter, Everly. The site also reports that Dewan is seeking spousal support, but that Tatum is looking to block that request, which could complicate the process.

The couple, who met on the set of Step Up, married in 2009 and announced their separation in April of this year.

In May, Dewan called her and Tatum's post-split relationship and coparenting "a new normal where there is a lot of love."

"We’re just getting used to it. We're in a very positive energy together, trying to be the best parents to Everly," the actress told BAZAAR.com. "We support each other."

She also opened up about what life after her divorce would look like:

"The moves I'm making are completely not related to my marriage or separation, interestingly enough. I was always very happy being a wife. Those feelings [Who are you? What do you want to give to the world? What excites you?] started bubbling up for me, naturally…so I really wanted to expand my life, and myself. And that was my journey, no one else's."

"I feel a sense of joy and freedom and excitement, truly, about a new chapter in my life. And I have no attachments to how that's going to look, or what that's going to be. I feel really open, and I feel hopeful."

RIP, this relationship, and best of luck to everyone involved.