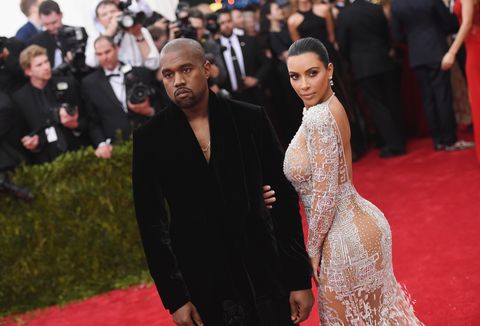 Remember when various members of the Kardashian fam were busy taking Miami every summer? Well, fair warning: The following will make you yearn for a season of Kim and Kanye (and North and Saint and Chicago) Take Miami.

For Christmas, Kanye West gifted his wife, reality TV queen and fragrance wizard Kim Kardashian, a $14 million luxury condo in the Florida hotspot. You know, as you do.

A source close to the couple confirmed the splashy present, described as a "billionaire beach bunker," to Page Six.

The condo is in Faena House, an 18-story luxury beachfront tower designed by Norman Foster. According to the newspaper's source, Kanye went to check out the multimillion dollar digs on his own during a trip to Miami in December and just knew Kim had to have it.

"Kanye saw the property during Art Basel in December and bought it as a Christmas present for Kim. It was a complete surprise for her."

The Kardashian-West fam's newest abode boasts four bedrooms, five and a half bathrooms, 4,700 square feet of space, and a wraparound terrace. So, you know, it sounds fine, I guess. If you're into amazing homes in destination cities.

Kim and Kanye will be surrounded by power players in the tower. Their ultra-wealthy neighbors include the likes of Goldman Sachs chairman Lloyd Blankfein, hedge fund billionaire Ken Griffin, and energy billionaire and Faena co-developer Len Blavatnik. Kanye reportedly bought his and Kim's unit from Alex Blavatnik, Len's brother.

A second source did tell the site that Kim and Kanye don't technically own the fancy apartment just yet. Apparently they're currently in contract for the condo, but the sale is expected to close in January. 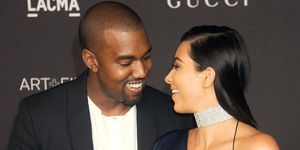 Kim Kardashian Inspired Kanye's Yeezy Line
[H/T: Page Six]
Kayleigh Roberts Contributor Kayleigh Roberts is the weekend editor at Marie Claire, covering celebrity and entertainment news, from actual royals like Kate Middleton and Meghan Markle to Hollywood royalty, like Katie Holmes and Chrissy Teigen.
This content is created and maintained by a third party, and imported onto this page to help users provide their email addresses. You may be able to find more information about this and similar content at piano.io
Advertisement - Continue Reading Below
More From Celebrity
George Won't Be Forced to Go to Boarding School
Diana Would Have Written a Memoir Too, Friend Says
Advertisement - Continue Reading Below
A Slice of Diana's Actual Wedding Cake Is For Sale
Matt Damon Trolled Ben Affleck and Jennifer Lopez
This Old Video of the Queen Saying "Nah" Is LOL
Diana Had a Secret Message on Her Wedding Shoes
Will's Friends Made "Jibes" About Kate's Mom
William Will Suffer "Worst" from Harry's Memoir
Simone's Boyfriend Sent Her the Sweetest Message
Harry's Friends Don't Want to Be in His Memoir