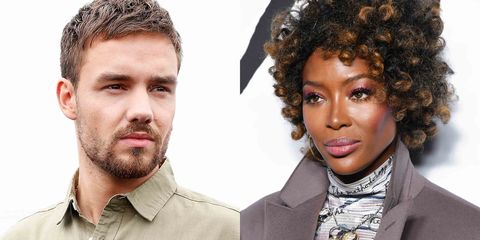 You know how 2018 brought us some interesting, unexpected celebrity romances? Well, it looks like 2019 is like, "hold my drink," because Liam Payne (yes, as in former One Direction member Liam Payne) and Naomi Campbell (yes, as in world-famous supermodel and successful businesswoman Naomi Campbell) might be a thing.

Or they might be gearing up to be a thing. Or they might just be toying with the idea of maybe, possibly, but not probably being a thing. It's hard to say, really, but what we do know for sure is that Payne and Campbell are flirting openly and publicly with each other on Instagram and jaws around the world are on the floor as a result.

Here's how it started: On Friday, Campbell took to Instagram to post a selfie. Clearly, she looked incredible in said selfie, as she always does. The fact the Naomi Campbell is basically perfect goes without saying—unless you're 2019 Liam Payne, that is, because then, you take the opportunity to say it.

"Perfection in a person 🌹 ... don't give me those eyes 👀😘," Liam wrote in a comment on the picture. Between calling her literally perfect, commenting on her epic eyes, and including both a rose and a kissy face emoji, there is no way to read this comment as anything other than flirty.

Here's the selfie that started it all, if you need to see it with your own 👀:

This isn't even the beginning of the pair's Instagram flirtation. Earlier this week, Campbell made the first move with a flirty comment on one of Payne's pics, and he responded in flirty kind.

"Beautiful Soul ❤️," Campbell wrote in the comments of the picture above. Liam replied, "takes one to know one 😘."

Comments by Celebs captured the exchange for posterity: 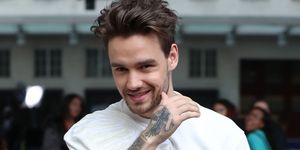 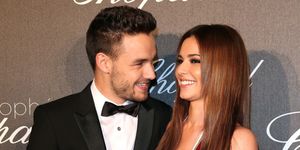 Cheryl and Liam Have Had Their Baby
Kayleigh Roberts Contributor Kayleigh Roberts is the weekend editor at Marie Claire, covering celebrity and entertainment news, from actual royals like Kate Middleton and Meghan Markle to Hollywood royalty, like Katie Holmes and Chrissy Teigen.
Advertisement - Continue Reading Below
More From Celebrity
Inside Chrissy Teigen and John Legend’s Home
A Look at Royal Family Portraits Through the Years
Advertisement - Continue Reading Below
Are The Weeknd's 'After Hours' Lyrics About Bella?
Kendall and Harry Had a Moment At the Brit Awards
Dwyane Wade on Getting Zaya's Pronouns Right
Harry Styles' Diana-Inspired Brit Awards Outfits
Jenna Dewan and Steve Kazee Are Engaged
Kim Seemingly Tried to Kiss Kanye on a Kiss Cam
Ashley Graham Continues to Spread Body Positivity
'Bachelor' Victoria F. & Peter's Ex Had a Fight