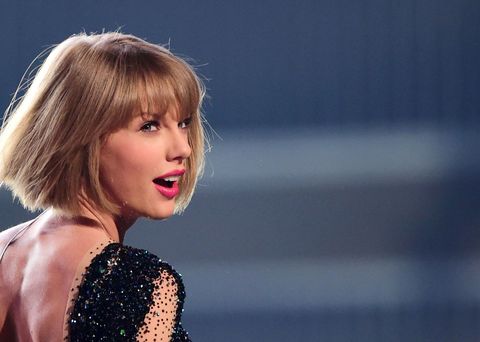 After last week's court ruling, Kesha is being forced to remain under contract with Dr. Luke, a music producer she says has sexually and emotionally abused her. The news was a huge blow to Kesha (who broke out in sobs in the court room), and prompted many celebrities to break their silence about the ongoing case.

Everyone from Lady Gaga to Lorde has voiced support for Kesha on Twitter, but Taylor Swift took it one step further by announcing a donation of $250,000. Swift's rep says the money is meant to help Kesha with "any of her financial needs during this trying time," which is by all accounts a *very* generous gift.

But Demi Lovato has now spoken out to express concern about what it means to truly empower victims of sexual assault:

Women empowerment is leading other women to make actual changes in our society.

Women empowerment is taking action now, not when it's convenient.

Women empowerment is using your voice to help the voiceless women be heard.

Take something to Capitol Hill or actually speak out about something and then I'll be impressed.

The connection between Lovato's statements about empowerment and Swift's donation to Kesha becomes more clear when seen in light of Lovato's pointed responses on a Taylor Swift fan account (which has since been made private):

In the above posts, Lovato points out that "not everyone has 250k to just give to people," and that she "would rather start a dialogue about women coming forward about being raped than throw money at one person."

At the end of the day, two powerful women lending their support—however they think best—can't be a bad thing.