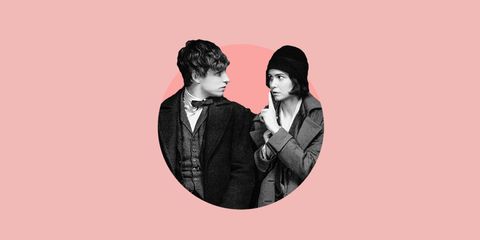 Not to be controversial, but Fantastic Beasts and Where to Find Them is a) Harry Potter for grown-ups, and b) quite possibly even better than its predecessor.

MarieClaire.com sat down with the film's cast to pepper them with questions about what it's like working with J.K. Rowling (she wrote the script, FYI), and tried to get as many spoilers as we could while we were at it. So, if you're wondering what Eddie Redmayne's character Newt Scamander was doing dating a LeStrange during his time at Hogwarts (or whether Credence Barebone will make a super-emo appearance in the franchise's next installment!) come at us.

First up, we have Eddie Redmayne and his on screen kinda-sorta-maybe-hopefully love interest, Katherine Waterston. Head's up: their dynamic is cute.

Watch Fantastic Beasts and Where to Find Them in theaters on November 18.