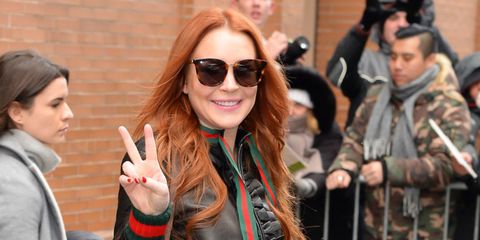 Lindsay Lohan has some thoughts about Disney's live-action The Little Mermaid remake and she just laid them all out on Instagram. The redheaded actress is pitching herself as the lead, spunky mermaid princess/casual hoarder, Ariel. But don't think that's the extent of her ideas because it's definitely *not*.

LiLo would like Bill Condon, who just helmed Disney's Beauty and the Beast remake, to direct. She would tap her sister, Ali Lohan, to sing the theme song for the soundtrack.

She would also like fitness guru Kristen Graham to play Ursula, "simply because, she is the best."

Ball's in your court, Disney.