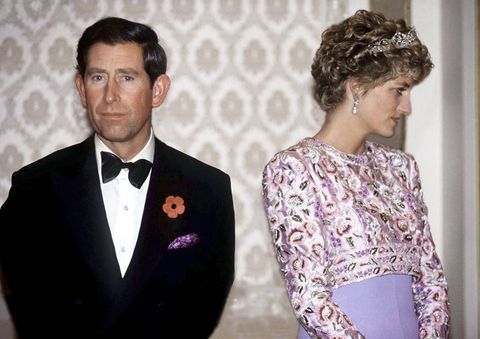 Ryan Murphy's latest FX series, Feud, doesn't premiere until Sunday and already its been ordered for a second season—and boy will this one be BIG. For season two, Feud will tackle Prince Charles and Princess Diana's unhappy marriage, Variety reports.

We have so many questions. Who will play Charles? Much, much more importantly, who will play Diana? What does the royal family think about this? WHEN CAN WE WATCH?

The first season of Feud will focus on the legendary Hollywood rivalry between Joan Crawford and Bette Davis in 1963, when the two were starring in What Ever Happened to Baby Jane? A second season order ahead of the series' premiere shows a lot of confidence from FX, but it comes with good reason—this is Murphy's third anthology series for the network (the others being American Horror Story and American Crime Story).

Kayleigh Roberts Kayleigh Roberts is the weekend editor at Marie Claire, covering celebrity and entertainment news, from actual royals like Kate Middleton and Meghan Markle to Hollywood royalty, like Katie Holmes and Chrissy Teigen.
This content is created and maintained by a third party, and imported onto this page to help users provide their email addresses. You may be able to find more information about this and similar content at piano.io
Advertisement - Continue Reading Below
More From Celebrity
The Queen Is Still Prince Harry's Mentor
Doug Emhoff Reacts to Kamala Harris's Googling Him
Advertisement - Continue Reading Below
Harry Was Homesick for a While, But Is Happy Now
Chrissy Teigen's Therapist Inspired Her New Hobby
J.Lo Claps Back After Botox Comments
Katie Just Posed in a Shirt Her Boyfriend Designed
Meghan Wasn't Appreciated for Royal Contributions
Harry & Meghan Have Had a Painful Year Since Exit
The Queen's Hot Grandnephew Is a Thirst Trap
Watch Diana Play Impromptu Piano in Rare Clip