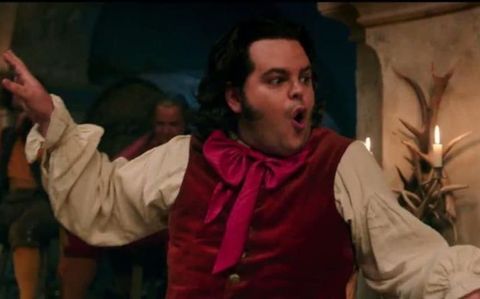 In a recent interview with Attitude magazine, Beauty and the Beast director Bill Condon announced that LeFou (played by Josh Gad) would come out of the closet in an "exclusively gay moment."

The quote went viral and the moment was touted as a first for Disney.

My, what a guy, that Gaston 💪 #BeOurGuest

"He's confused about what he wants," Condon explained to Attitude. "It's somebody who's just realizing that he has these feelings. And Josh makes something really subtle and delicious out of it. And that's what has its payoff at the end, which I don't want to give away. But it is a nice, exclusively gay moment in a Disney movie."

Now, in a new interview with ScreenCrush, Condon admits that he thinks people have made too much of the moment.

"Oh God. Can I just tell you? It's all been overblown. Because it's just this, it's part of just what we had fun with," he said. "You saw the movie, yeah? You know what I mean. I feel like the kind of thing has been, I wish it were–I love the way it plays pure when people don't know and it comes as a nice surprise."