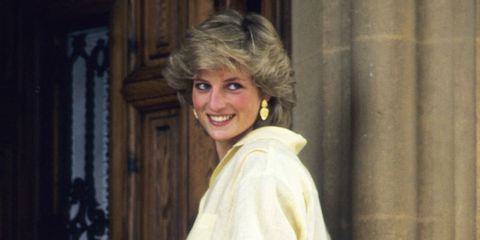 It's been nearly 20 years since Princess Diana died, and now CBS is planning a primetime special surrounding her tragic passing.

Deadline reports that the two-hour special, Princess Diana: Her Life-Her Death—The Truth, will be anchored by Gayle King, and will air May 22 at 8 p.m. on CBS. Produced by the 48 Hours news team, the special will give viewers an in-depth look at Diana's life, as well as her death on August 31, 1997.

After Diana's death, four separate investigations were launched in two different countries—and the CBS special will include those findings, as well as interviews with people who were close to Diana.

Fans of Lady Di will have plenty of opportunities to learn about and celebrate her legacy this year, as ABC is planning a two-night, four-hour miniseries about the late princess which is set to air in August.

Kayleigh Roberts Kayleigh Roberts is the weekend editor at Cosmo, focused on celebrity news and royals.
This content is created and maintained by a third party, and imported onto this page to help users provide their email addresses. You may be able to find more information about this and similar content at piano.io
Advertisement - Continue Reading Below
More From Celebrity
Emma Watson Stunned at the Earthshot Prize
Kate "Didn't Have Much Energy to Bond" With Meghan
Advertisement - Continue Reading Below
Blake Lively Trolled Ryan Reynolds Again
Kourtney Kardashian and Travis Barker Are Engaged!
See Kate Middleton's Subtle Environmental Look
Prince George "Adored" Seeing Dinosaur Fossils
Kate Middleton Borrows The Queen's Fashion Trick
Princes Charle and William "Competing" Over Causes
Lilibet May Be Christened in California After All
The Sweet Family Photos in Prince William's Office