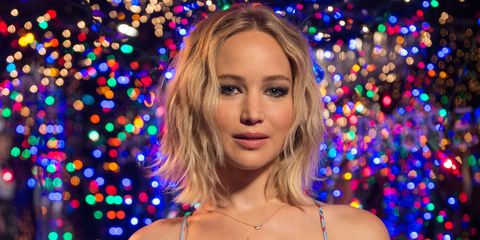 According to E! News, Jennifer Lawrence's private jet emergency landed on Saturday, following engine failure. Luckily, the terrifying incident was swiftly resolved, and a rep confirmed to E! that Lawrence and everyone else on board is safe. Still, the incident sounds really scary.

Lawrence was allegedly flying out of her hometown Louisville, Kentucky, when one of the plane's engines failed mid-flight. The pilots were able to emergency land, though apparently the second engine failed while they were landing the plane, which must've been all kinds of awful.

The plane was landed safely in Buffalo, New York, and it's a relief to know that everyone on the flight is doing okay.

Amy Mackelden Weekend Editor Amy Mackelden is the Weekend Editor at HarpersBAZAAR.com, where she writes about entertainment, celebrity news, beauty, and fashion.
This content is created and maintained by a third party, and imported onto this page to help users provide their email addresses. You may be able to find more information about this and similar content at piano.io
Advertisement - Continue Reading Below
More From Celebrity
Iconic Party Photos From the Past
The Best TV and Movie Wedding Dresses of All Time
Advertisement - Continue Reading Below
40 Celebrity Sisters Who Look So Much Alike
40 Rare Photos of Grace Kelly Through the Years
A Look at Royal Family Portraits Through the Years
The 50 Most Popular Episodes of ‘Friends,’ Ranked