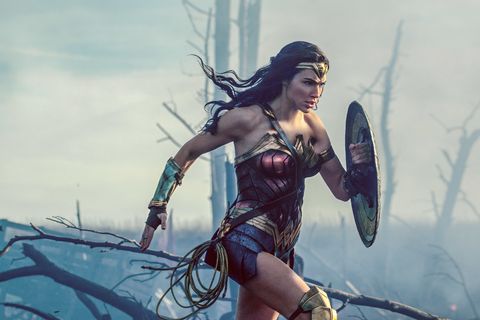 Wonder Woman was the best movie of 2017 (don't @ us), so yes, we are very excited about the sequel—which will hopefully be helmed by Patty Jenkins and feature just as many kick-ass feminist moments as the original.

But this just in: according to Screen Rant, Wonder Woman 2 will take place in the 1980s, everyone's favorite decade full of everyone's favorite (or perhaps least favorite) fashion. But while we love the idea of Diana Prince in a unitard and leg warmers, chances are the vibe will be something more akin to The Americans, because apparently our titular hero will be fighting in the Cold War.

Meanwhile, it appears as though there's a *chance* that Chris Pine might make an appearance in the film, which is slightly surprising given...well, we won't ruin it for you.