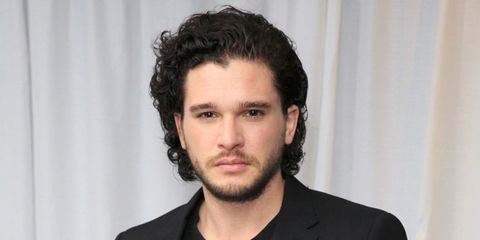 No, really. The internet has spewed out Martin's old yearbook picture and he's a dead ringer for Kit Harington. This isn't totally new news. In May, Martin tweeted a picture of himself from 1976 that looked a lot like Kit.

And direct comparisons to the yearbook picture have been going on for a while:

But the comparison is enjoying a new life this week thanks to BuzzFeed writer Ryan Broderick, who tweeted the side-by-side image on his account.

Is the real spoiler that there's a time machine at HBO HQ and George R.R. Martin is Jon Snow?