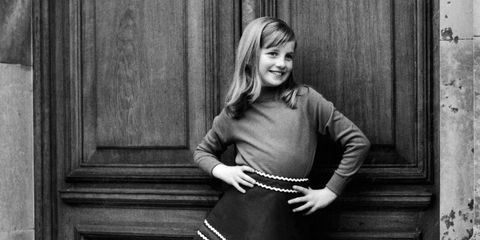 See Diana before she was Princess Diana.

Diana Spencer, the fourth child of Frances and Edward Althorp, was born July 1, 1961. She would later gain the title Lady Diana Spencer after her father became the Earl Spencer in in 1975. Here she is pictured on her first birthday.

Young Diana, pictured in her stroller at Park House, Sandringham in Norfolk, 1963. She was born into an aristocratic family; the Queen even attended her parents' wedding.

Princess Diana as a chubby-cheeked two-year-old at Park House, Sandringham, Norfolk. Early in her childhood, she and her family lived in a rented property on the Queen's estate.

Diana at three years old. "She was quite a lovable child," au pair Inge Crane told CNN. "She was very, very cuddly."

A young Diana Spencer pushes a stroller at Park House, Sandringham in Norfolk. In 1983, the Queen turned Park House into a hotel specifically designed to accommodate disabled people and their families.

Diana, pictured circa 1965. Her brother Charles would later say she started exhibiting a spirit of giving and "fighting for good causes" at a young age.

Diana playing with her brother Charles Edward Maurice on the grounds of Park House, Sandringham when she was six years old.

A photo from a private family album shows Diana posing cheekily as a young girl. Obviously a natural in front of the camera, she also had a keen sense of style from an early age.

Diana with her brother Charles at their home in Berkshire. "Diana deserves a place in history," Charles would say after her death. "This was a special person, and not just a beautiful one."

Diana, her siblings, and her father pose for a photograph at home. The family moved to the Spencer estate after Diana's grandfather died, making her father the eighth Earl Spencer.

Diana pictured during a summer vacation. "Diana's dreams all through her childhood really were just to be happily married and to have a large family," nanny Mary Clarke told CNN.

A barefoot Diana poses with a croquet mallet while on holiday in Itchenor, West Sussex.

Always poised, even when jumping off a slide into the family's pool at Park House, a youthful Diana shows off her fun side. Her red swimming badges can be seen at the bottom of her bathing suit.

Diana sits on her suitcases as she prepares to go to boarding school at Riddlesworth Hall. Distraught over the separation from her home, she told her father, "If you love me, you won't leave me here."

Diana pictured during a summer vacation in Itchenor, West Sussex in Britain.

Diana grew up surrounded by dogs, cats, hamsters, rabbits, and horses. "She loved animals when she was a child," her mother said. "She loved everything that was small and furry or had feathers." Diana learned to ride horses before she was four, but after she broke her arm in a riding accident, her love faded. Still, her empathy for all living creatures would be a hallmark of her life. Here she holds her pet guinea pig during a pet show in Sandringham. She brought her guinea pig to her first boarding school, Riddlesworth Hall, where she was made head of "Pets' Corner," where the students' pets were housed.

Diana's pet Shetland pony Soufflé moves in to nuzzle her 14-year-old owner. Diana kept the pony at her mother and stepfather's house on the Isle of Seil, off Scotland's west coast, which she visited during vacations.

Next
Celebs Get Honest About Their Belief in the Zodiac 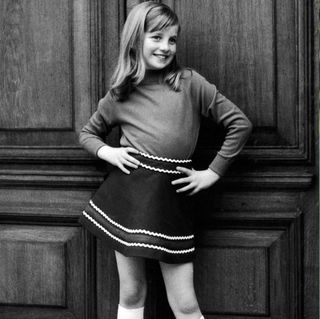