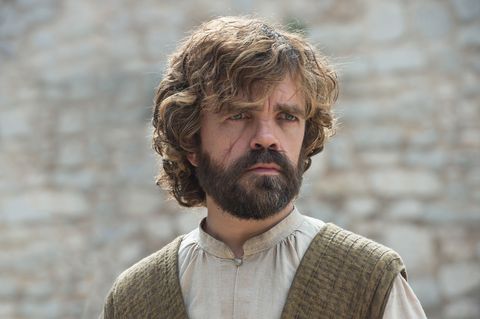 Game of Thrones constantly kills off its main characters, so naturally, there's going to be a point where they run out of people to off. Entertainment Weekly reports that there's an end in sight to the HBO series, and the showrunners say there might be fewer episodes left that you may think.

The show's sixth season is about to premiere, and the creative team is mulling two more seasons to wrap things up. But those last two seasons would be shorter, with seven episodes in the seventh season, and six episodes in the eighth. "We've known for several years now how many hours, roughly, we want it to go," co-showrunner David Benioff told the magazine. "It hasn't changed." That number is 73 hours, so after season 6, that would leave 13 hours to go.

HBO execs say that Benioff and D.B. Weiss have stuck to that number for years now, but nothing is set in stone yet. "Any conversations about the end of Game of Thrones and the number of episodes of future seasons is purely speculative," the network said in a statement. "As is customary, HBO will sit with Dan and David to discuss the details once a decision has been made to go forward with season 7."

Michael Lombardo, HBO's programming president, is holding out hope that there will be far more episodes than that. (Which makes sense, because the show is such a massive hit.) "As a television executive, as a fan, do I wish they said another six years? I do," he told Variety. "I'm always an optimist, and I do believe we will figure this out."