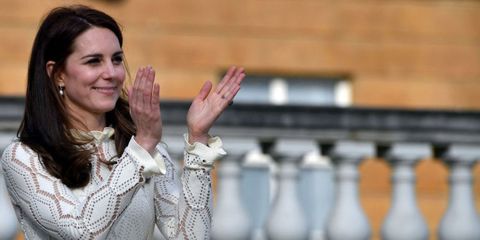 On Saturday, Kate Middleton hosted an extra special tea party for 850 children at Buckingham Palace. The event was held for the children of servicemen who have died while serving in the armed forces. Alongside the Duchess of Cambridge, Prince William and Prince Harry also attended, meeting families, taking part in children's games, arts and crafts.

The Duchess wore her favored lemon See by Chloé dress, which she also wore to a children's tea party in Canada in September 2016. 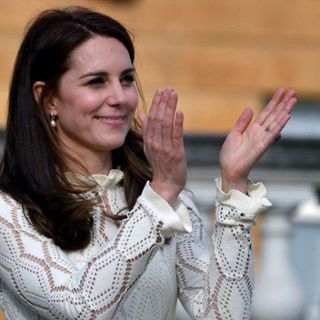