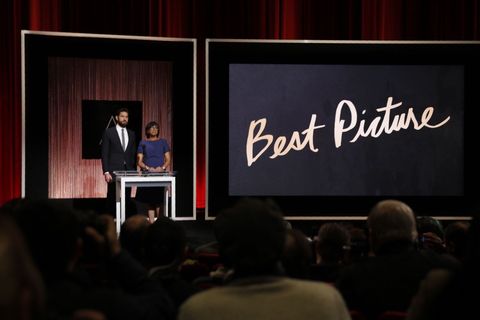 The Academy announced today that it has a plan to address this year's #OscarsSoWhite backlash. They pledged to double the number of women and diverse members of the Academy by 2020, according to a press release.

Each member's voting status will last 10 years, under the new rules, and will only be renewed if the new member has been active in film during that time period. Those who don't qualify for active status will be moved to emeritus status and will not be allowed to vote.

The Academy will also add three governor seats, as well as additional new members to their executive board. And they'll launch "an ambitious, global campaign to identify and recruit qualified new members who represent greater diversity," the release stated.

The Academy has drawn criticism after including only white actors in the Oscar nominee pool for the second year in a row, with stars like Will Smith, Jada Pinkett-Smith and Spike Lee boycotting next month's telecast and actors like George Clooney and Lupita Nyong'o speaking out about Hollywood's diversity problem.

"The Academy is going to lead and not wait for the industry to catch up," Academy President Cheryl Boone Isaacs said in the press release. "These new measures regarding governance and voting will have an immediate impact and begin the process of significantly changing our membership composition."