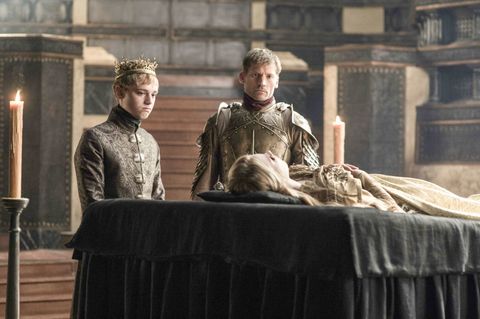 If Jon Snow could talk (CAN HE, THOUGH??), he would say "All my friends are dead," because they are/will be very soon, if the show's just-released season six posters are to be believed.

Entombed alongside characters from the past and present in the mold of the House of Black and White's Hall of Faces, Mr. Was-He-or-Wasn't-He-Fatally-Stabbed does look rather lifeless. Or he simply doesn't need his body anymore because his soul has found another vessel to occupy. WINK.