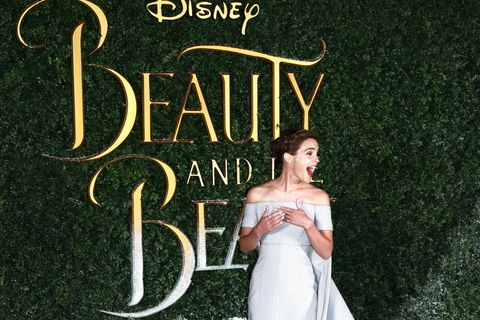 Even though it can be said Beauty and the Beast was an indulgent love letter from Disney to Disney, the most cynical amongst us probably still Fandango-ed tickets in advance and sobbed into our Raisinettes because we're no longer young but old enough to be sentimental. (And to eat Raisenettes.) That is why the film just had the biggest opening weekend ever for a PG title both in North America and abroad.

While the final numbers have yet to come in, the live-action remake earned $170 million domestically and $350 million globally, according to the Hollywood Reporter. It also had the seventh-biggest North American opening for any film and is both the top March and non-summer earner in history.

"There were a combination of factors that made this a recipes for success," said Disney distribution chief Dave Hollis. "There was a nostalgia for the original and the Disney brand. Plus, there is an iconic soundtrack with old and new songs. Emma Watson was perfectly cast as Belle. The visual effects were also their own character. And I love our date. We have five weeks of rolling spring break ahead of us."

Guess the "openly gay" scene wasn't such a deterrent after all.