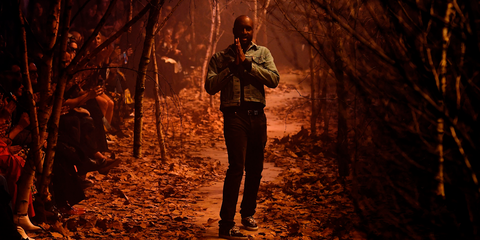 Louis Vuitton has announced today that Virgil Abloh is joining the brand as its new Artistic Director of Menswear.

Abloh is the founder of Off-White, and is also Kanye West's Creative Director and longtime collaborator. West and Abloh also interned together at Fendi in 2006.

Abloh is set to show his first collection for Louis Vuitton during Men's Fashion Week in Paris in June.

Louis Vuitton is delighted to welcome Virgil Abloh as its new Men’s Artistic Director. His first show will take place in June during Men’s Fashion Week in Paris. pic.twitter.com/4aEOH7T9J8

In a statement regarding Abloh's new role, CEO of Louis Vuitton, Michael Burke, said (via WWD):

"Having followed with great interest Virgil’s ascent since he worked with me at Fendi in 2006, I am thrilled to see how his innate creativity and disruptive approach have made him so relevant, not just in the world of fashion but in popular culture today. His sensibility towards luxury and savoir-faire will be instrumental in taking Louis Vuitton’s menswear into the future.

Of his new role with Louis Vuitton, Abloh said (via WWD), "It is an honor for me to accept the position of men’s artistic director for Louis Vuitton. I find the heritage and creative integrity of the house are key inspirations and will look to reference them both while drawing parallels to modern times." 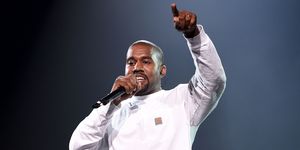 According to Bloomberg, "While Abloh has kept quiet regarding his work for West, he rose to prominence in the fashion industry as a consultant for the rapper," advising and collaborating with him on Yeezy, as well as music releases.

Speaking to The Guardian in March 2018, Abloh said of his Off-White label, "My brand started in the streets and the alleys of the internet–I come from a different school of thought about clothing. I understand people see it as fashion. To me, this is an art practice." 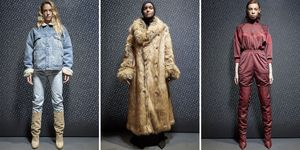 See Every Look from the Yeezy Season 5 Show
Amy Mackelden Weekend Editor Amy Mackelden is the Weekend Editor at HarpersBAZAAR.com, where she writes about entertainment, celebrity news, beauty, and fashion.
This content is created and maintained by a third party, and imported onto this page to help users provide their email addresses. You may be able to find more information about this and similar content at piano.io
Advertisement - Continue Reading Below
More From Fashion
Winter Coats and Jackets Our Editors Swear By
The Most Iconic Shoe Moments in Film
Advertisement - Continue Reading Below
Celebs Wore THAT to the Airport?!
Meghan Markle's Life in Photos
How Princess Eugenie's Wedding Dress Compares
Hoop Earrings for Every Occasion
Chanel Taps Pharrell, Keira Knightley for Podcast
The Best Fashion Moments in 'Bridgerton'
Cute Valentine's Day Gift Ideas That Aren't Cheesy
Yes, You Can Pull Off a Beret