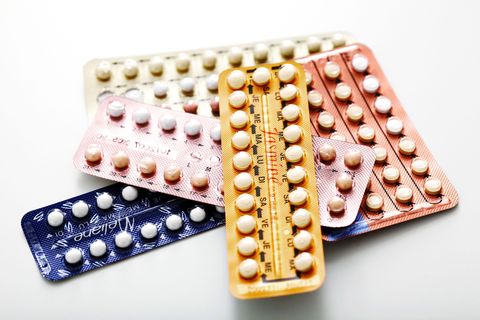 Say it with us: finally. After eons of having to get permission from a doctor to take birth control, women have the option to pick up contraceptives straight from their local pharmacist. In other words, your reproductive health is officially in your own hands (well, kinda).

New laws in California and Oregon allow women to access the pill, patch, and ring through a pharmacist's prescription—which will make birth control more accessible, and presumably decrease the number of unwanted pregnancies in the United States (about 3.3 million per year).

To be clear, birth control won't be sitting on a shelf next to the condoms and Tylenol. It will be pharmacist-prescribed—but the process appears to be relatively simple: fill out a questionnaire about your medical history, and you're good to go.

That said, The American Congress of Obstetricians and Gynecologists argues that this measure will make it harder to get birth control over-the-counter. "My basic tenet is there should be nobody between the patient and the pill," president Dr. Mark DeFrancesco tells the New York Times. "I'm afraid we're going to create a new model that becomes a barrier between that and over the counter. I worry that it's going to derail the over-the-counter movement."

Ideally, women should have complete control of their reproductive health, but until birth control can be both over-the-counter and covered by insurance, this seems like a move in the right direction. Baby steps, right?