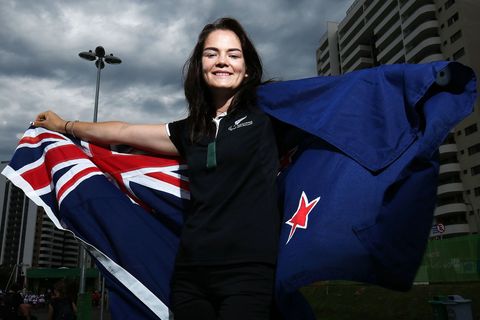 It's one thing to talk about changing allegiance to another country when a new president is elected. It's another thing to go ahead and do it.

But that's exactly what seems to be happening, at least in one distant corner of the world.

In New Zealand, the number of Americans who applied for a grant of citizenship rose by 70 percent in the 12 weeks following the election of President Donald Trump, compared to the same period a year earlier, immigration records obtained by The Associated Press show.

In New Zealand, a grant of citizenship is the pathway for people without a family connection. Among those Americans with a New Zealand parent, citizenship applications after the election were up 11 percent from a year earlier. Most Americans who apply for New Zealand citizenship must first live in the country for five years.

The number of Americans who applied for a grant of citizenship rose by 70 percent in the 12 weeks following the election of President Donald Trump.

To be sure, the total number of Americans applying for New Zealand citizenship remains relatively low. The country is more than 10,000 kilometers (6,000 miles) from the mainland U.S. and is perhaps best known for its majestic landscapes. Farming remains central to the economy, with sheep outnumbering the 4.8 million people by about six to one.

Trump made a brief reference to the country during the election campaign when a New Zealand television reporter asked him what the election would mean for the South Pacific country.

"Say hello to Bob Charles. I love Bob Charles," Trump replied. "Do you know who Bob Charles is? Your greatest golfer." Charles won the British Open in 1963.

Alanna Irving, 33, a technology startup entrepreneur from San Francisco, moved to New Zealand six years ago and has since married a kiwi, as the locals are known.

"It's an extremely livable place and you can see and palpably feel the difference in how society is organized, and what people prioritize," she said. "New Zealand is a place that cares about equality, I think more. It's less individualistic, more community-minded."

She said that a friend of a friend was so disturbed by the outcome of the election that he immediately jumped on a plane and flew to New Zealand to check it out as a possible place to live. Irving said his visit exceeded his expectations. 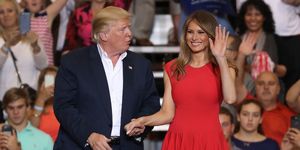 Melania Is More Popular Than Her Husband

"So that was really symbolic to me that there were people in the United States who feel like things are going in a very different direction than they want for their future, or for their children, and they're looking to New Zealand as perhaps an alternative," she said.

Irving said she plans to apply for New Zealand citizenship this year and doesn't foresee ever returning to live in the U.S. She said she misses the excitement that some U.S. innovators and companies can offer, although technology allows her to stay connected with that world.

But, she added, there's one thing she misses that can't be replicated online: The great Mexican food that's available in the U.S.

This content is created and maintained by a third party, and imported onto this page to help users provide their email addresses. You may be able to find more information about this and similar content at piano.io
Advertisement - Continue Reading Below
More From Travel
You Can Rent These Tiny Homes on Airbnb for $1
Where to Stay, Eat & Explore in Sag Harbor
Advertisement - Continue Reading Below
The Instagram Guide to Coronado, California
6 Easy Escapes From NYC
Photos of the Royals on Vacation Through the Years
A Trip to Fiji Is Totally Worth the Long Flight
Barcelona Awaits You Once Quarantine Is Over
The Instagram Guide to Jupiter, Florida
Bored at Home? Take a Virtual Vacation
The World's Most Breathtakingly Beautiful Beaches