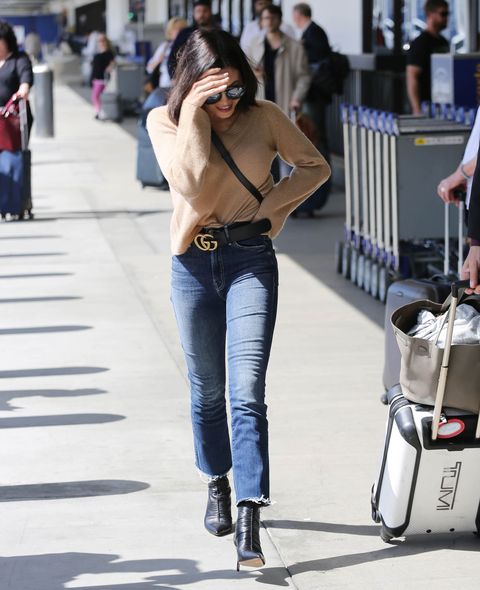 If you're still shipping Jenna Dewan and Channing Tatum, it's probably time to cry the tears you need to cry, say a eulogy for the relationship, and move on. That or just stop using the internet, maybe. Jenna, who officially filed for divorce from Channing last month (the couple announced their separation in April), has definitely, 100 percent moved on.

Jenna and her new boyfriend, Broadway actor Steve Kazee, were spotted bringing some extra heat to the desert Friday when they publicly made out in Palm Springs. You know, as you do.

According to People, sources close to the couple say that Jenna and Steve have "been dating for a couple [of] months and she’s really happy."

They certainly looked happy during their Palm Springs date. In the pictures, which People has if you want to see them, show Jenna and Steve taking over a sidewalk for an impromptu make out session. They were basically that couple, who are just so in love they have to stop what they're doing and kiss immediately and just leave everyone else in the area to walk around them or stop and watch the show.

As if that weren't gushy enough, Jenna and Steve also coordinated their outfits for the date night. Really. She wore light jeans and a black top and he wore black pants and a light denim shirt. It's like the Britney/Justin matching denim look done right.

"Jenna is having a lot of fun with Steve," the People source added. "They’ve been dating for months out of the spotlight and it’s becoming more serious...They have a lot in common."

Don't cry for Channing though—he is reportedly dating Jessie J and seems very happy and fine with the split too.