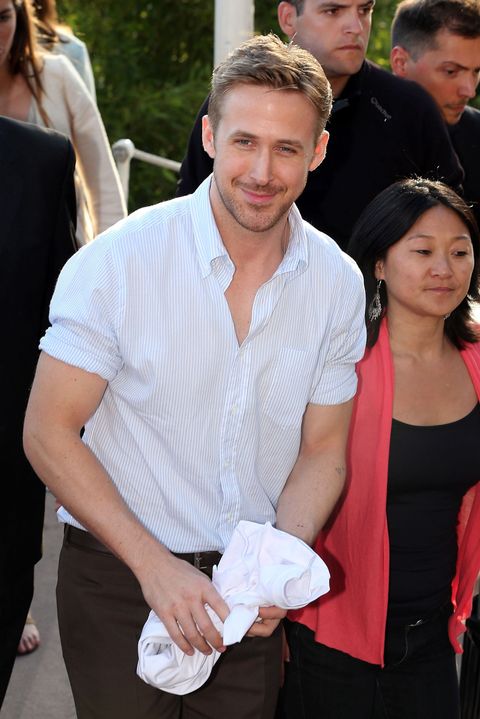 You can learn a lot about a person from his Twitter page. For instance, instead of using a photo of his own freakishly attractive face, Ryan Gosling's prof pic is another dude wearing cowboy-looking clothing and two belts.

His whole aesthetic might have gone spooky-sweet—check out the pinky on that Frankenstein—but the director of the…unusual-looking movie Lost River is still as self-deprecatingly Canadian as ever. See his recent social media spree, during which he tweets just like the dad he has been for approximately five months.

Long time no Tweet... Let's see if this thing still works. Check out the trailer for our film Lost River! https://t.co/axM09bWYi9

OK, am I tweeting too much now? What's the twitter etiquette?!
Mondo poster for Lost River by artist Jay Shaw. pic.twitter.com/fzoHYPC8XX

F! Forgot to use their handles @MondoGallery@ironjaiden
Twitter version of Bambi on ice right now. I'll get it. Don't give up hope!

Gosling has been a member of the social media site since February 2011.

The Trailer for Ryan Gosling's Directorial Debut Is Here, and It Is Weird

Congratulations: Here Is Ryan Gosling With an Australian Accent