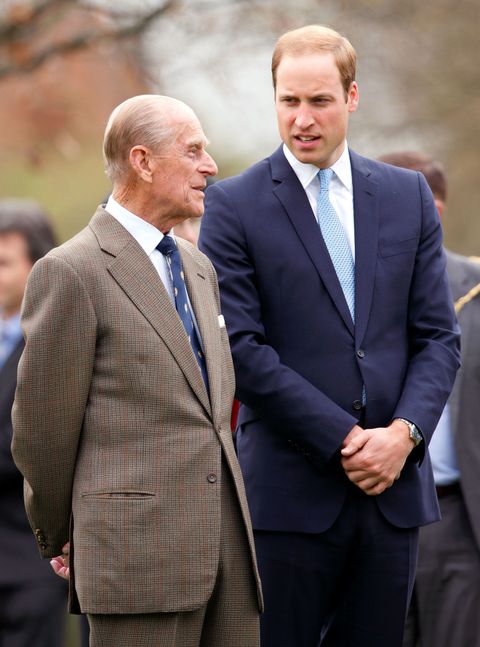 Prince George will always be my #1 Royal mostly for his squishiness, but Prince Philip, even though he is decidedly bony, has moved up in the ranks because he is a 94-year-old monarch who swears in his grandchildren's presence.

At a Royal Air Force photocall Friday, the Duke of Edinburgh was not having it with those slowpoke photographers, so he said "just take the f*cking picture," stayed for two shots, then got up and left like a boss.

Prince William, who was standing behind his grandpa the entire time, managed to keep a straight-ish face for approximately two seconds before breaking out into the grin we all grin after we've witnessed an authority figure do something naughty.

The video of the event is way too priceless to keep to ourselves, so here you go—Happy Prince Philip Said F*ck Day.

This content is imported from Third party. You may be able to find the same content in another format, or you may be able to find more information, at their web site.
Chelsea Peng I'm Chelsea Peng, the assistant editor at MarieClaire.com.
This content is created and maintained by a third party, and imported onto this page to help users provide their email addresses. You may be able to find more information about this and similar content at piano.io
Advertisement - Continue Reading Below
More From Celebrity
How the Queen Ends Awkwardly-Long Handshakes
The Queen Has a Rule Against Bad Talking Family
Advertisement - Continue Reading Below
The Queen Took a Pic of Philip With Her to Funeral
The Queen's Tolerance Was the Key to Her Marriage
J.Lo "Likes" Shady IG Post After A-Rod Split 👀
Beyoncé Shares Photos of Her White Power Suit
Will & Kate Welcomed Harry Back Into Their Group
Queen Left a Handwritten Note on Philip's Coffin
The Queen Said Grief Is the Price We Pay for Love
All of the Photos from Prince Philip's Funeral