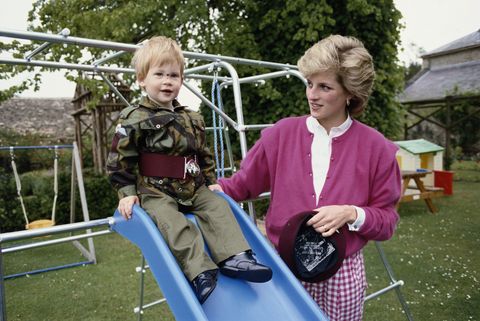 Please prepare for awkward sobbing in front of your coworkers, because Prince Harry just gave an extremely candid interview about his late mother, Princess Diana, and it was full of sentences that have caused our collective hearts to shatter.

"All I want to do is make my mother incredibly proud," Harry told People. "That's all I've ever wanted to do."

The Prince also said that he hopes to fill the void that was lost when Diana died (he was just 12 at the time):

"When she died, there was a gaping hole, not just for us but also for a huge amount of people across the world," he told the Audience Room of Kensington Palace. "If I can try and fill a very small part of that, then job done. I will have to, in a good way, spend the rest of my life trying to fill that void as much as possible. And so will William."

Maybe it's the overwhelming amount of feelings talking, but something tells us Diana would already be proud.